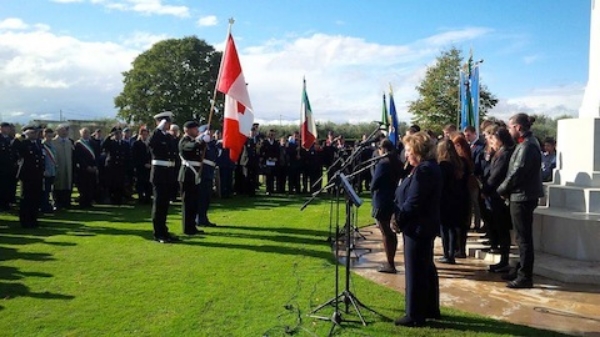 Since its opening, CCI has hosted the Remembrance Day Ceremony on every November 11. The ceremony takes place at the Moro River Canadian Cemetery just outside of the town of Ortona. Here, are the final resting places of the 1375 Canadian and Commonwealth soldiers who lost their lives in the battles that took place during the winter of 1943.

The ceremony was attended by Canadian Ambassador, Mr. McGovern, personnel from the Canadian Armed Forces, the mayors of Ortona and Lanciano, students and teachers from local schools, and others wishing to pay respect to the fallen. 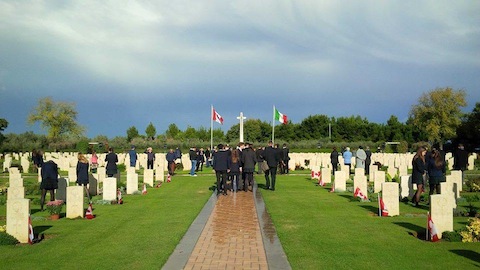 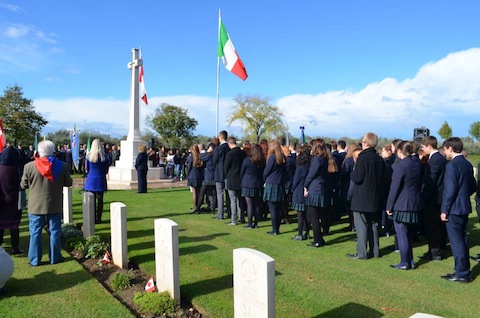 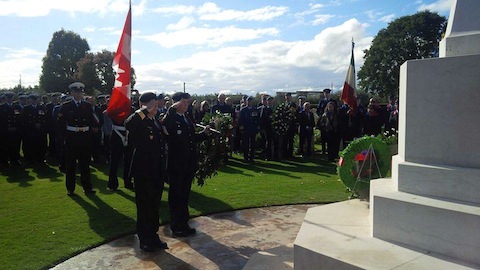 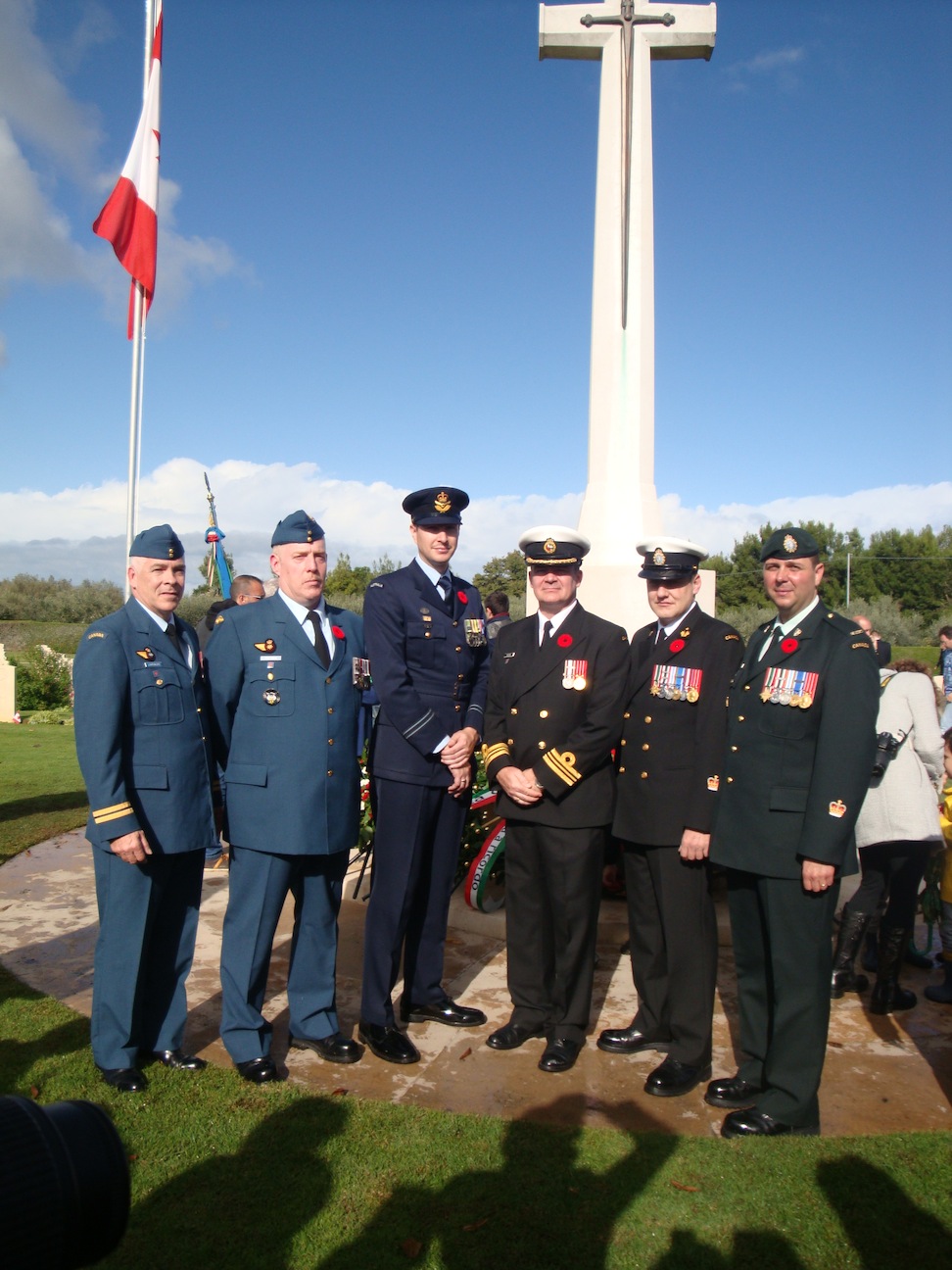 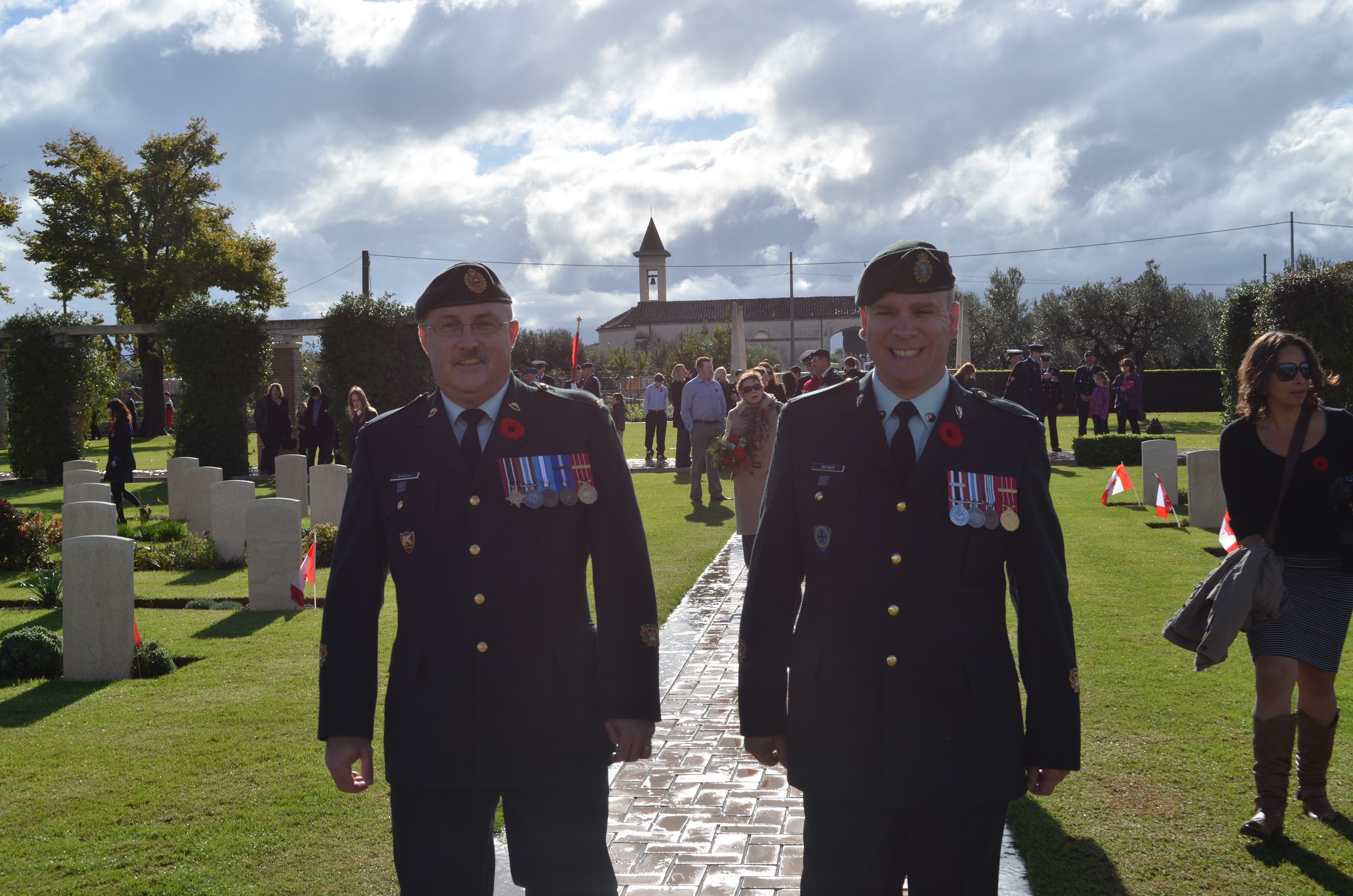 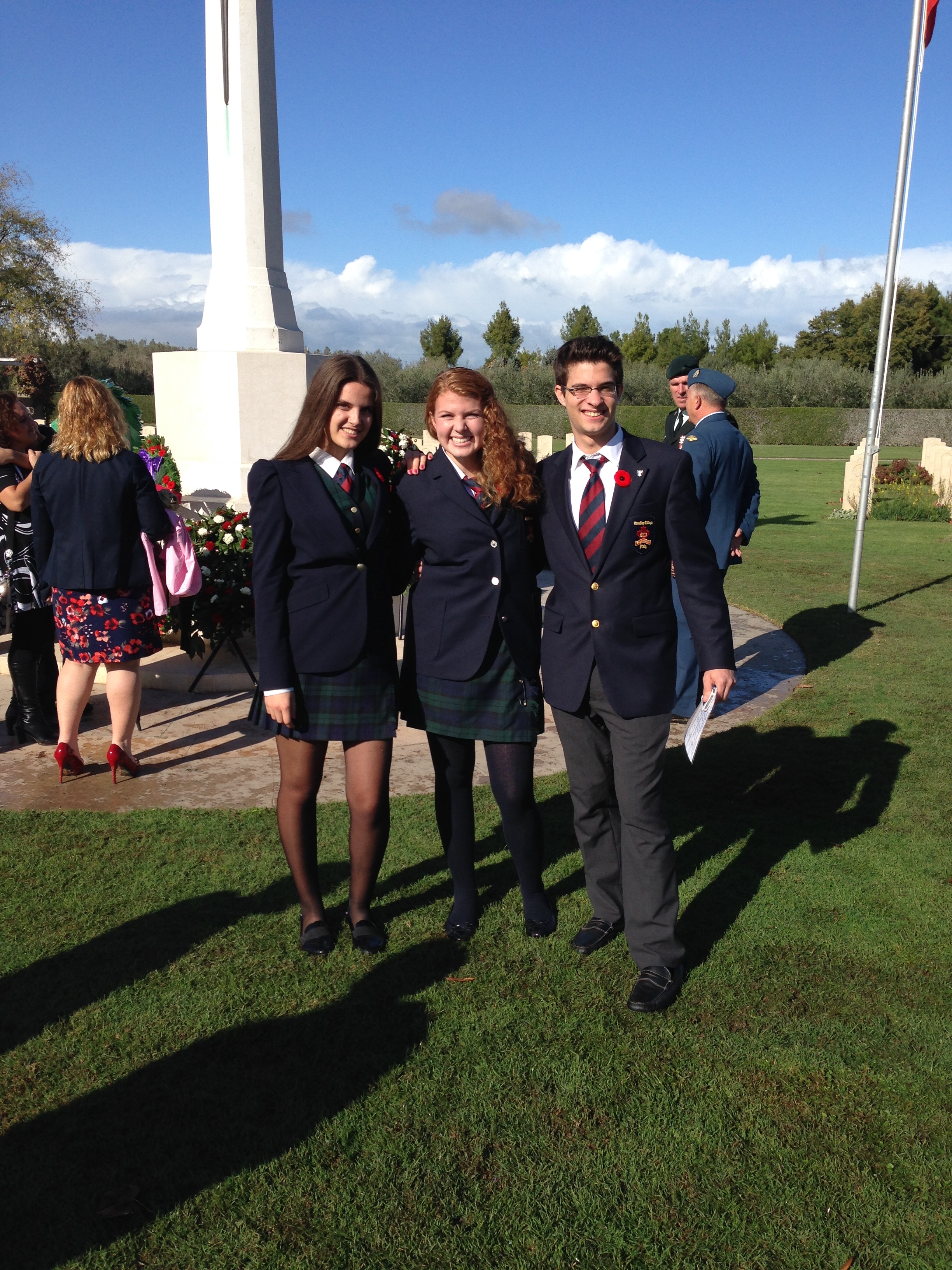 Following the ceremony, there was time to explore the cemetery and read the names and ages of the soldiers who had sacrificed their lives. 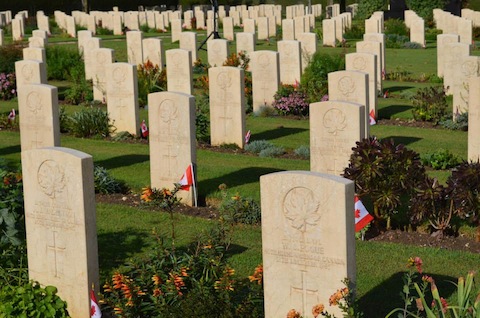 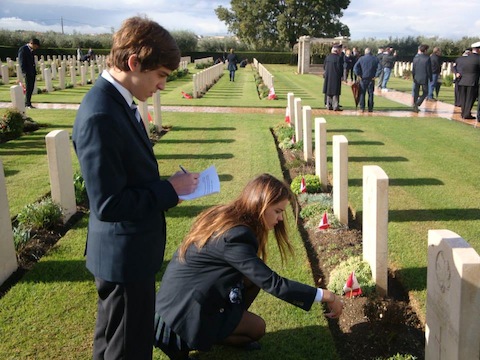 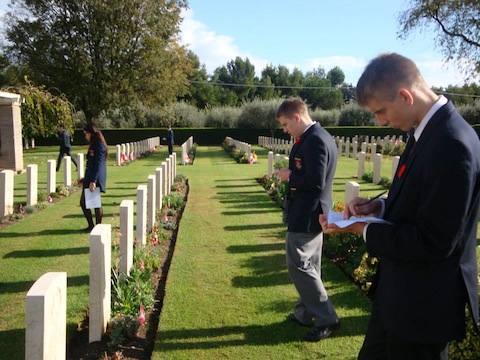 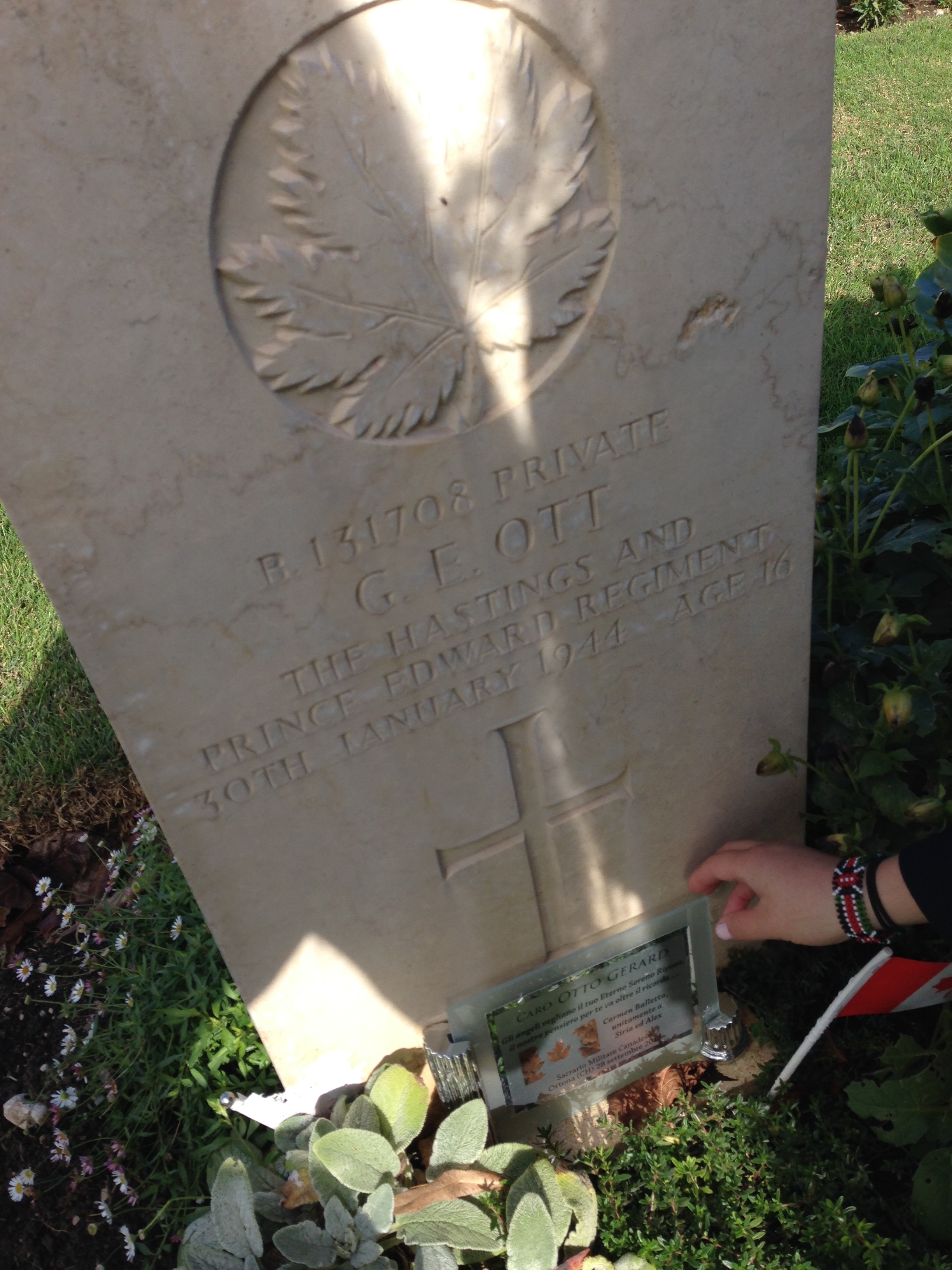 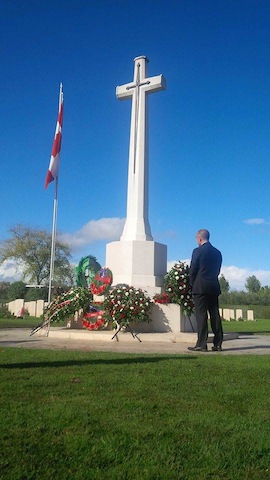 That afternoon, the CAF personnel joined the school for a luncheon hosted by Mrs. D’Alessandro at the Mercato. 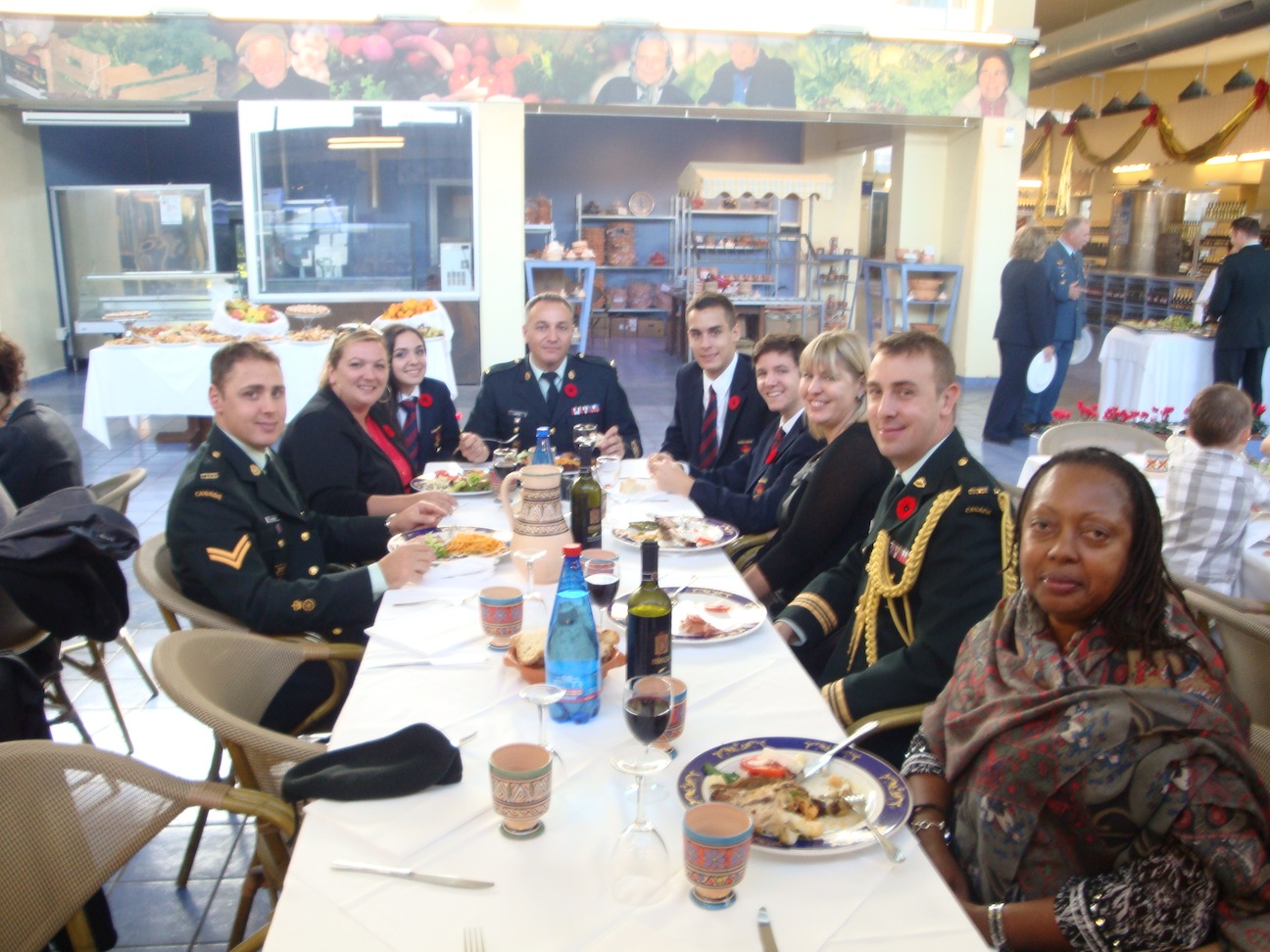 Following lunch, Ambassador McGovern, Lieutenant-General Vance, and Colonel Spike Hazelton, spoke to our students about their careers in public service and answered questions on a range of topics. 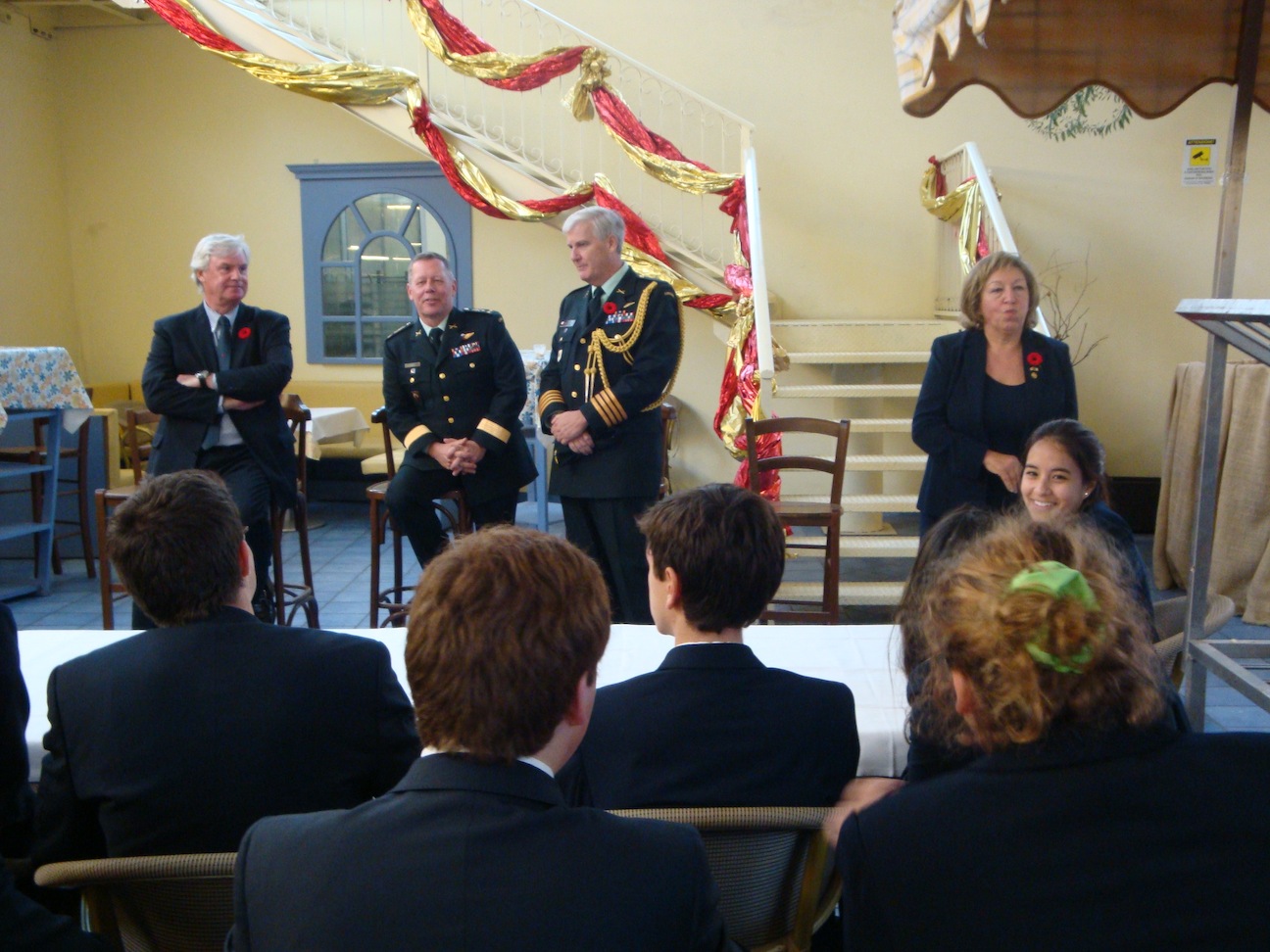 Last year Mr. Rutherford, our former Headmaster, posted the poem In the Moro River Cemetery. It was written by my friend and colleague Brian Kellow. I find his poem particularly moving and would also like to share it.

Now is the time for weeping
Among the young and the
Young dead,
The white crosses and the red flowers
And the grass
Over the underground stains
Of all the silent boys.

Now is the time for weeping
Among the young and the
Young dead
For the lives not lived
For the loves not loved
For the suddenly old faces and
The long passed lines
Around the eyes
Of the mothers, the wives
And the fathers.

Now is the time for weeping
In the place as silent
As the lost laughter
Of the boys
In the place as still
As the brooding mountain
That witnessed
The guns, the cries and the white crosses
And hears only the silence
Of the voiceless
Of the young,
Of the dead.

I am among the weeping
The young
And the dead.