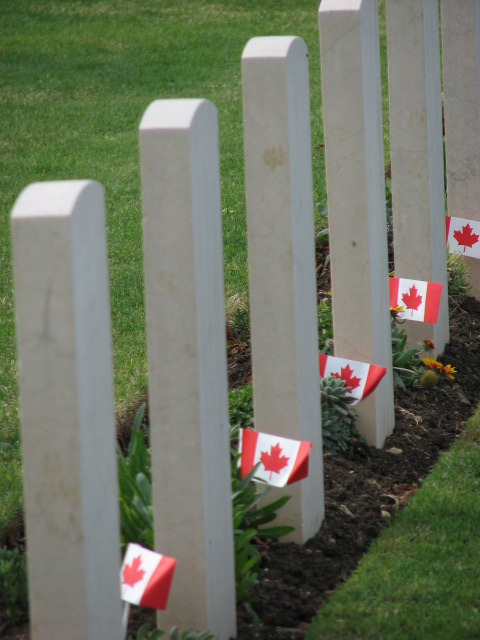 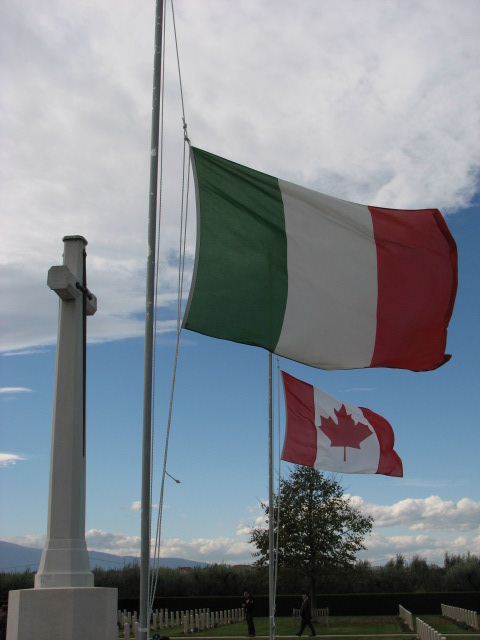 The CCI Remembrance Day Ceremony is held every November 11. It especially commemorates the 1375 Canadian soldiers who died in and around Ortona (located just north of Lanciano) in fierce battles during WWII and who are buried in the Moro River Cemetery.

It is a moving ceremony attended by Canadian Armed Forces personnel from Italy and Europe, local politicians and we are especially grateful for the participation of the Canadian Ambassador, Mr. James Fox. 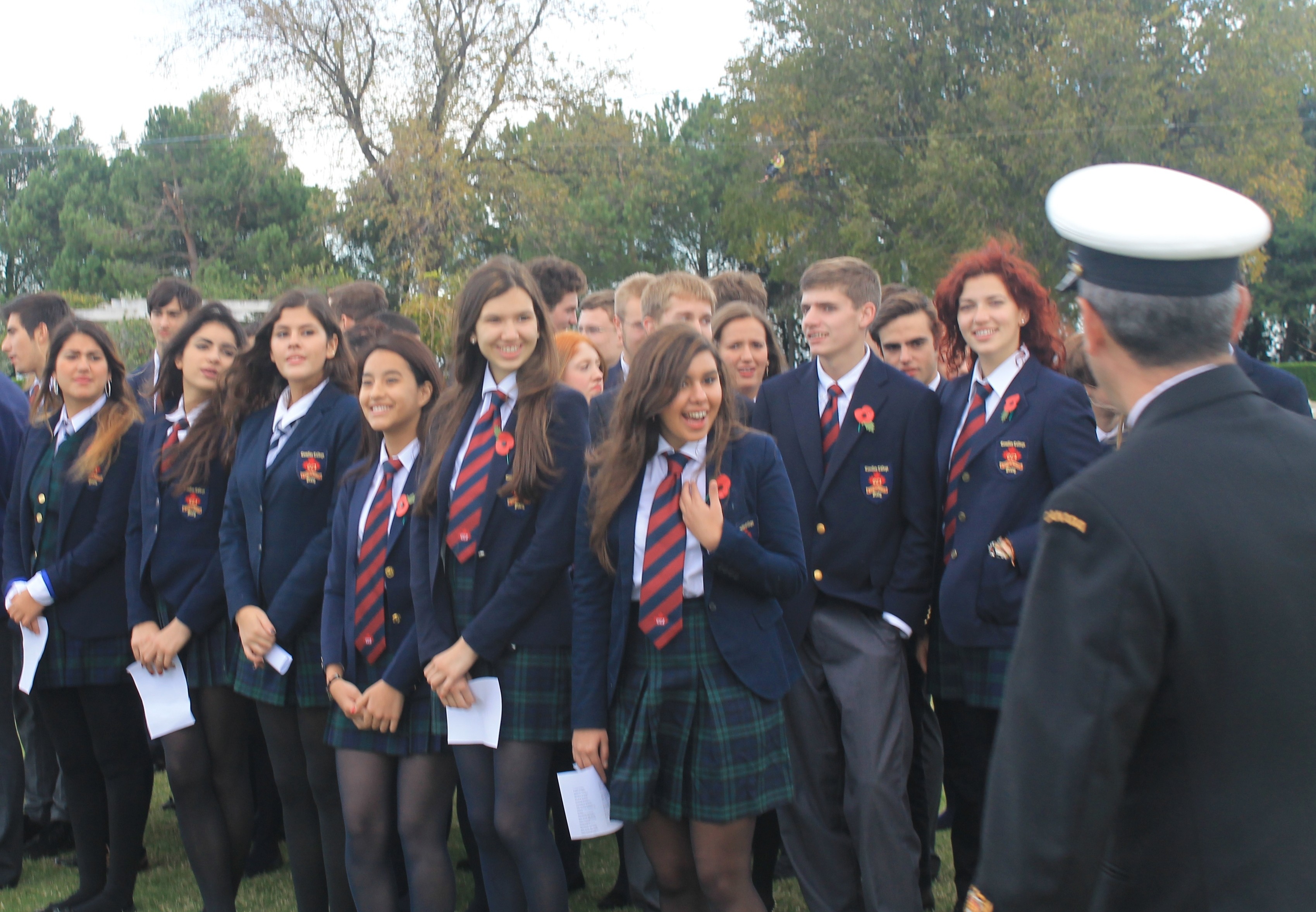 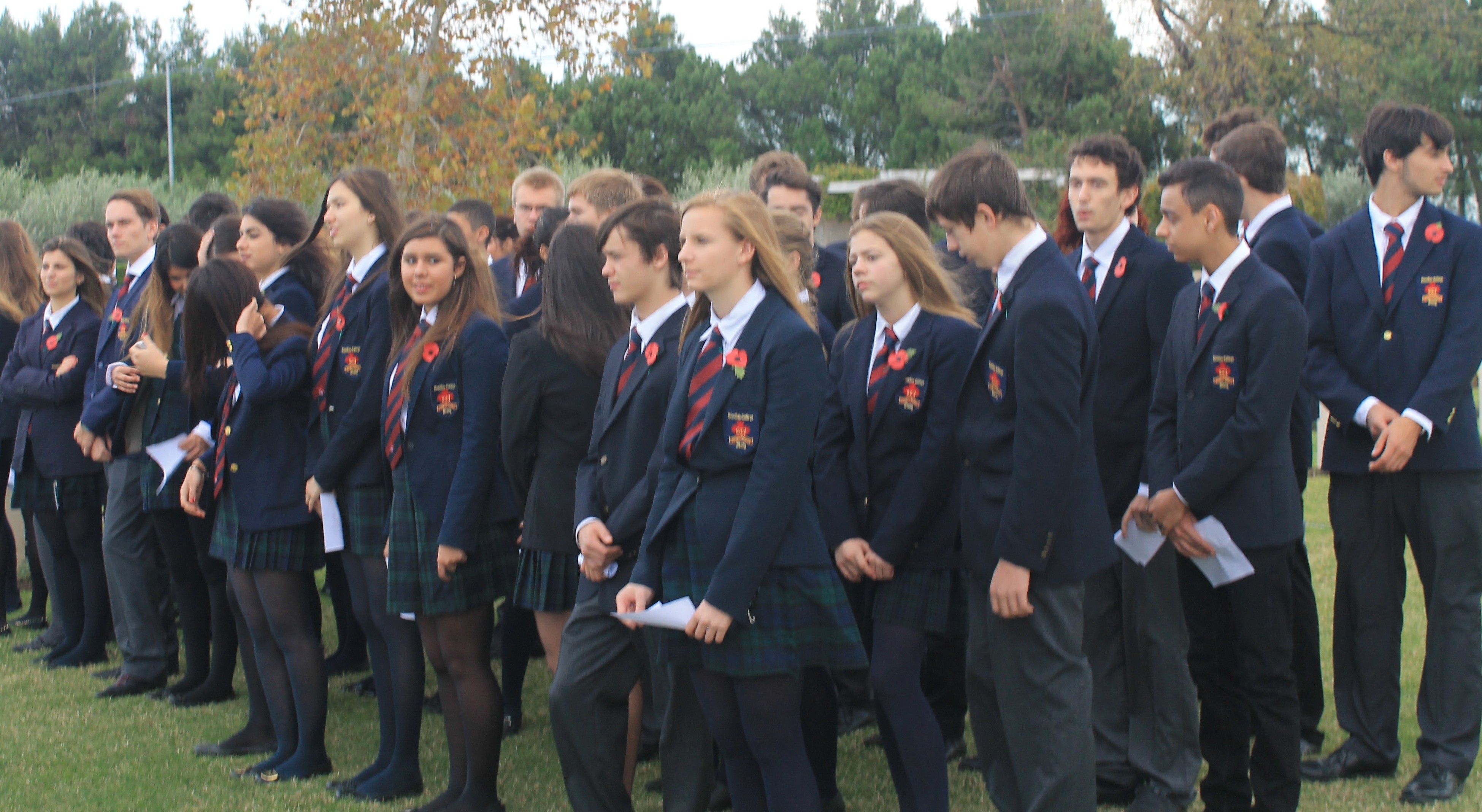 CCI students and faculty as well as the above mentioned dignitaries participated in a moving ceremony. 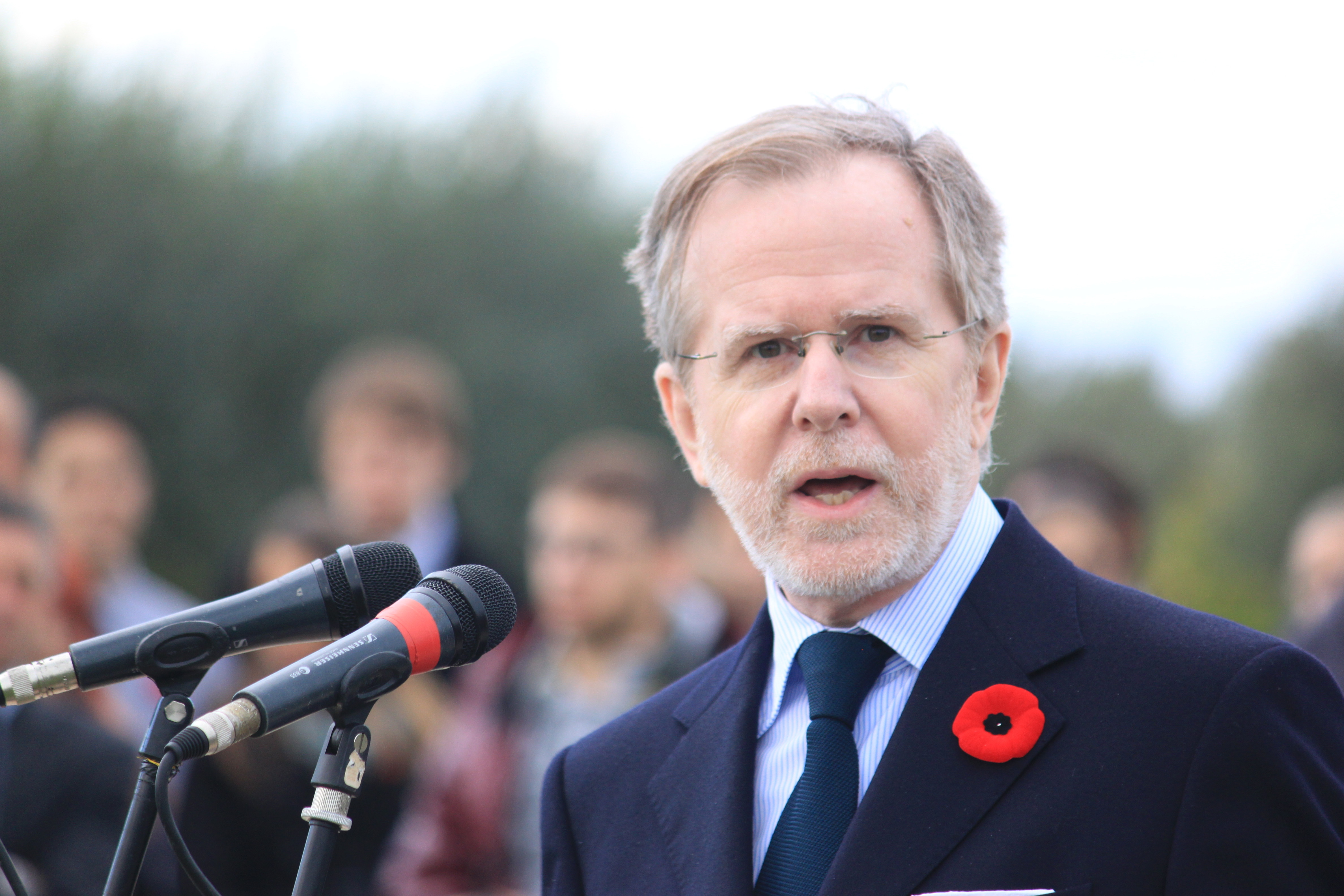 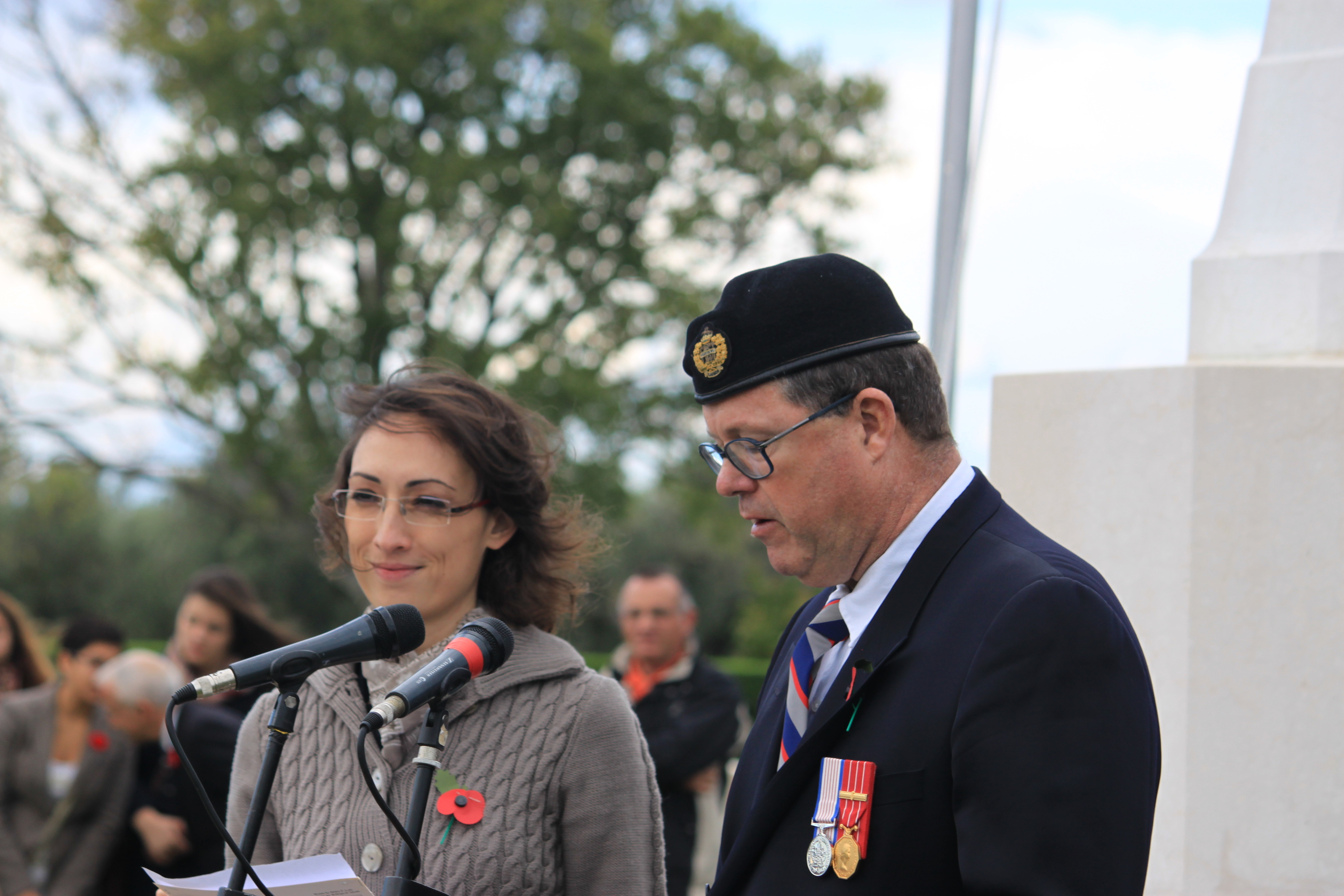 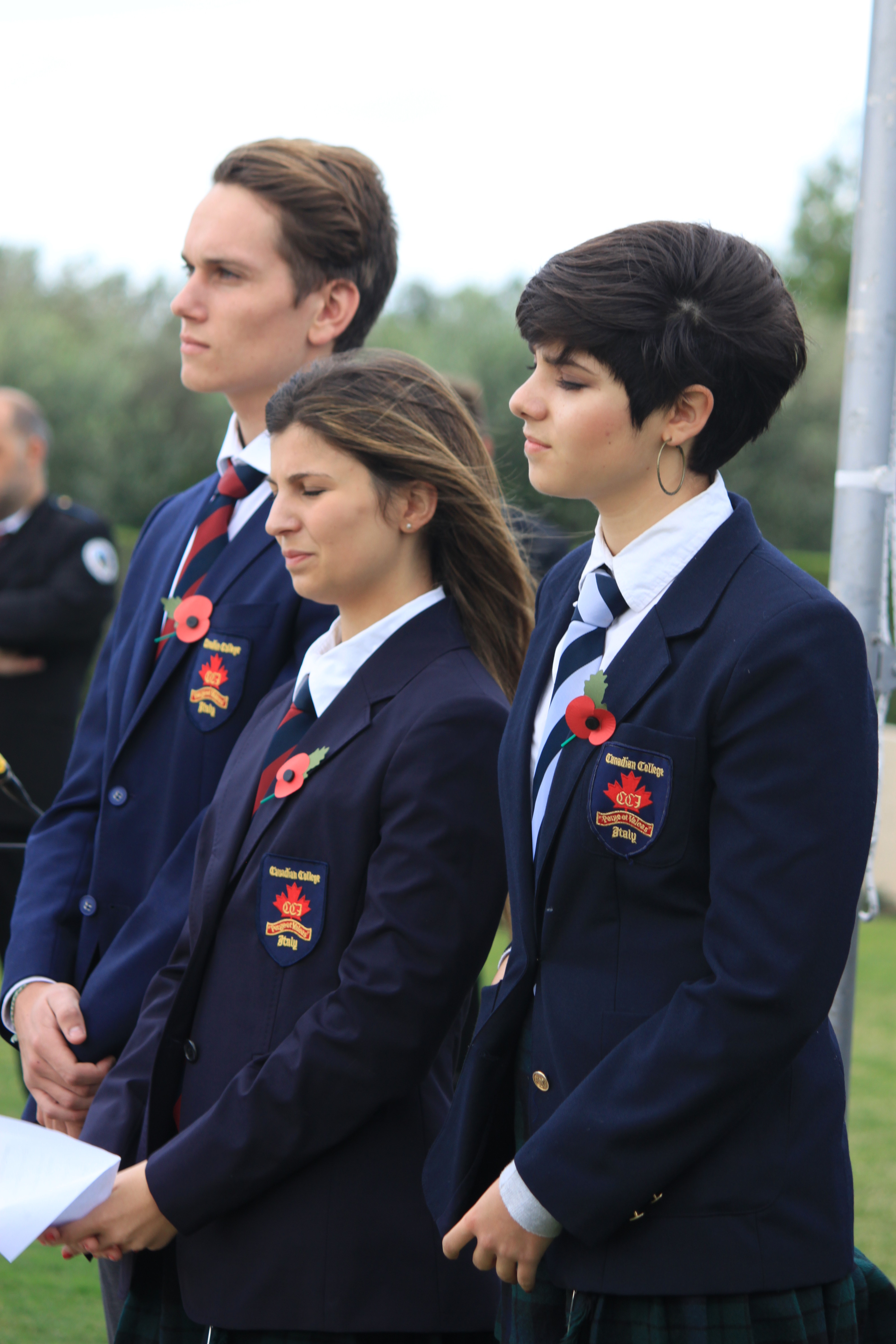 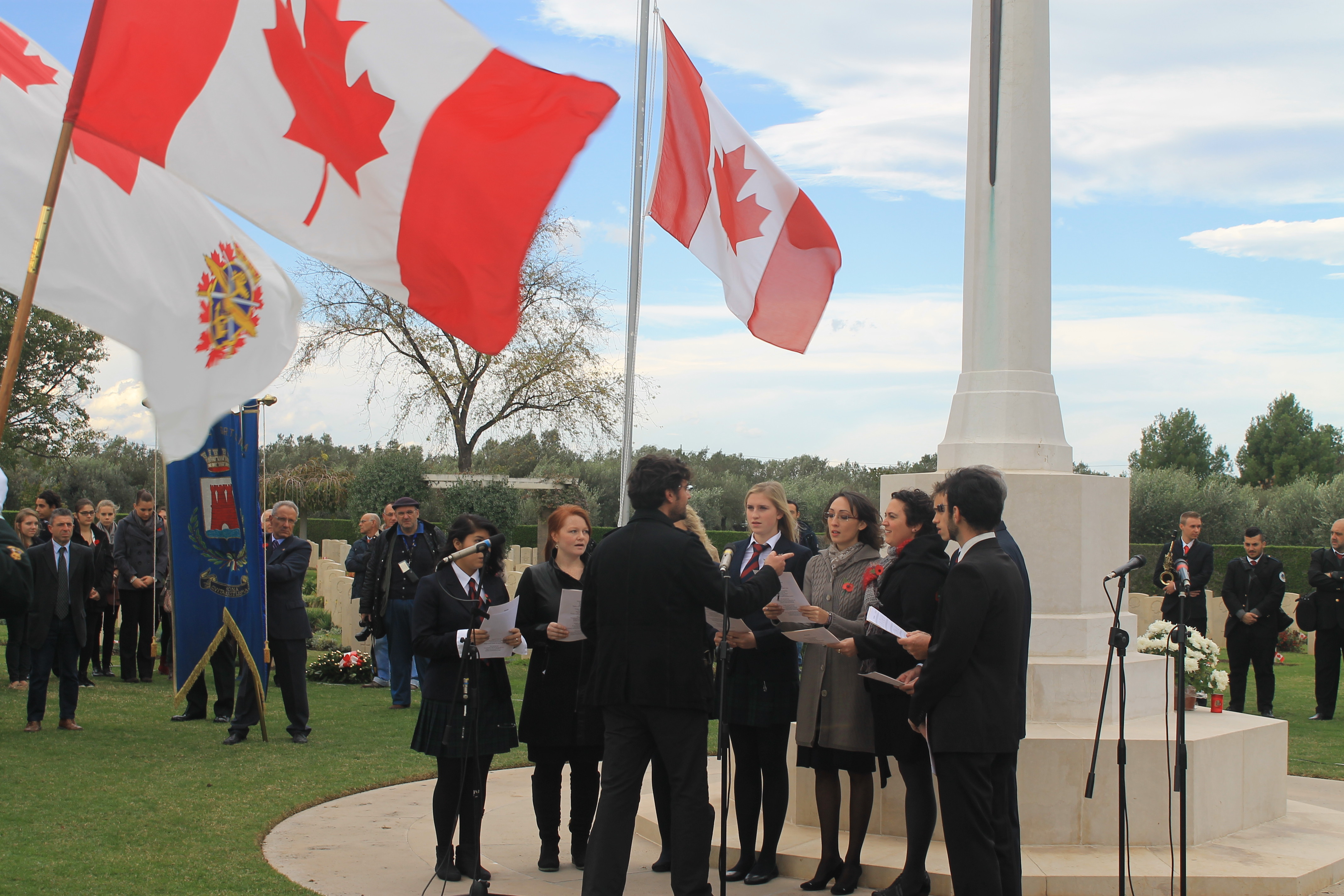 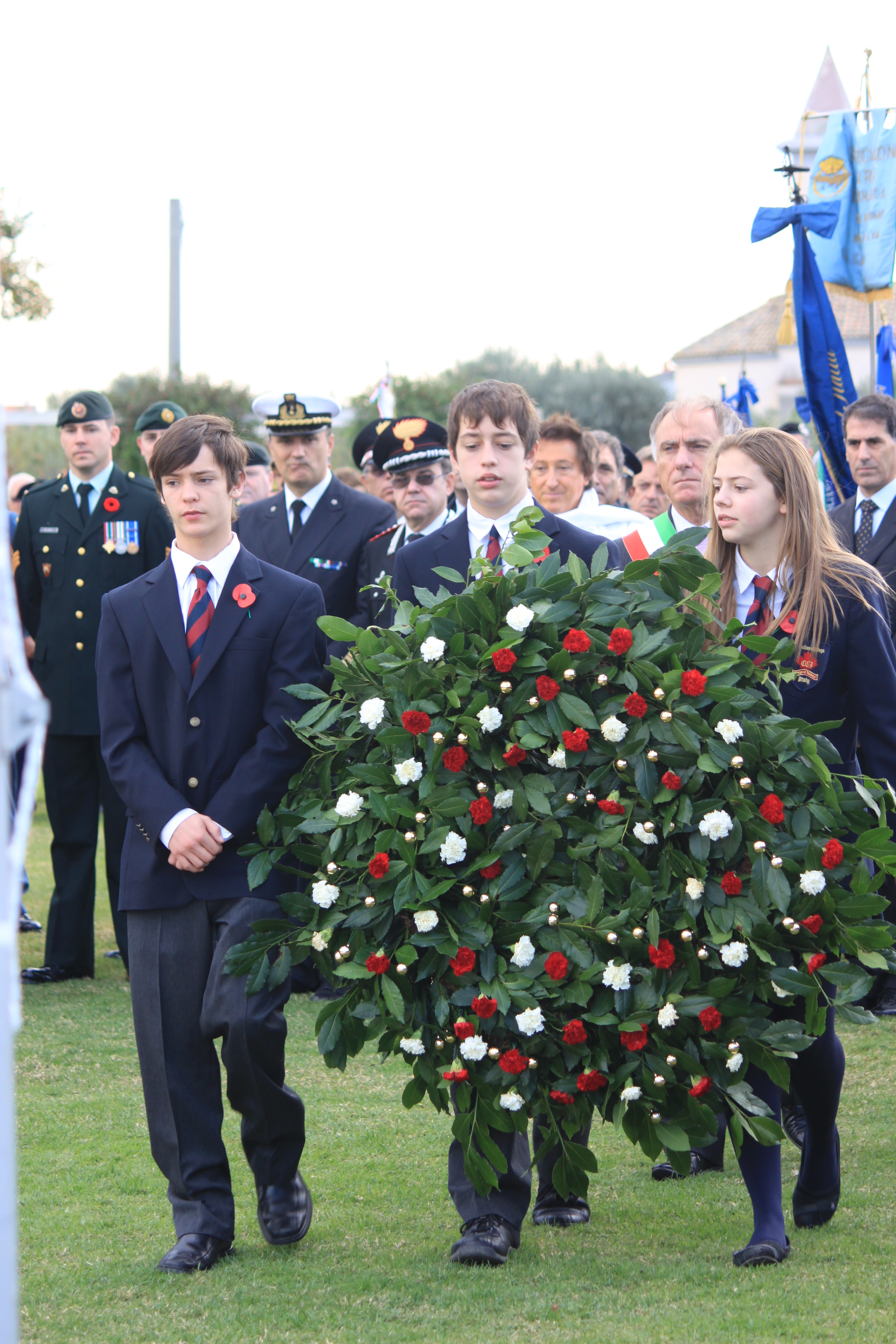 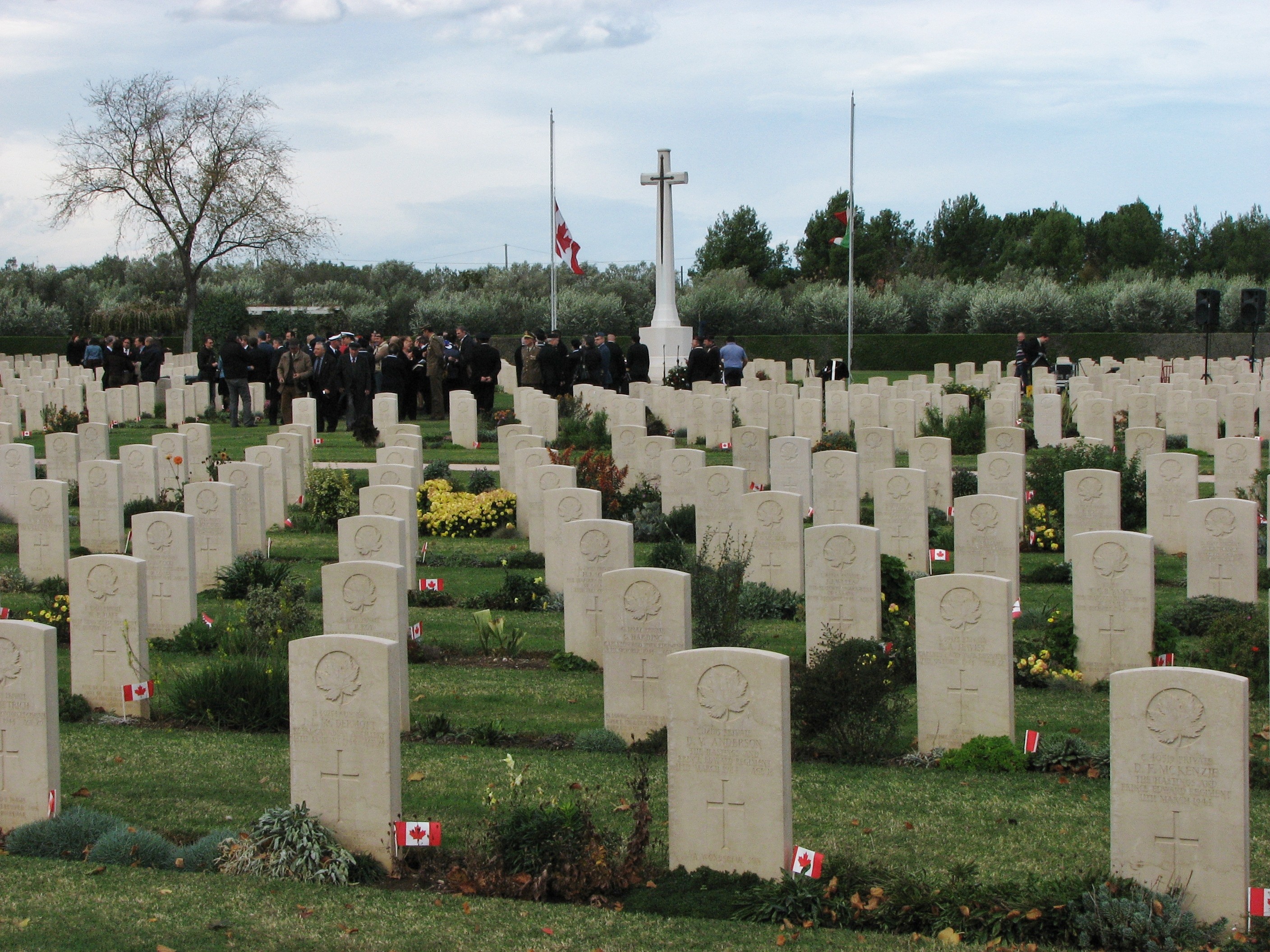 Following the ceremony, Mrs. D’Alessandro hosted a luncheon for Armed Forces personnel. After lunch, Ambassador Fox, Colonel Tony Battista, Colonel Milot and Colonel Moore, (co-incidentally as CCI past parent) held a question and answer session with the students that resulted in questions on a wide range of topics being addressed. 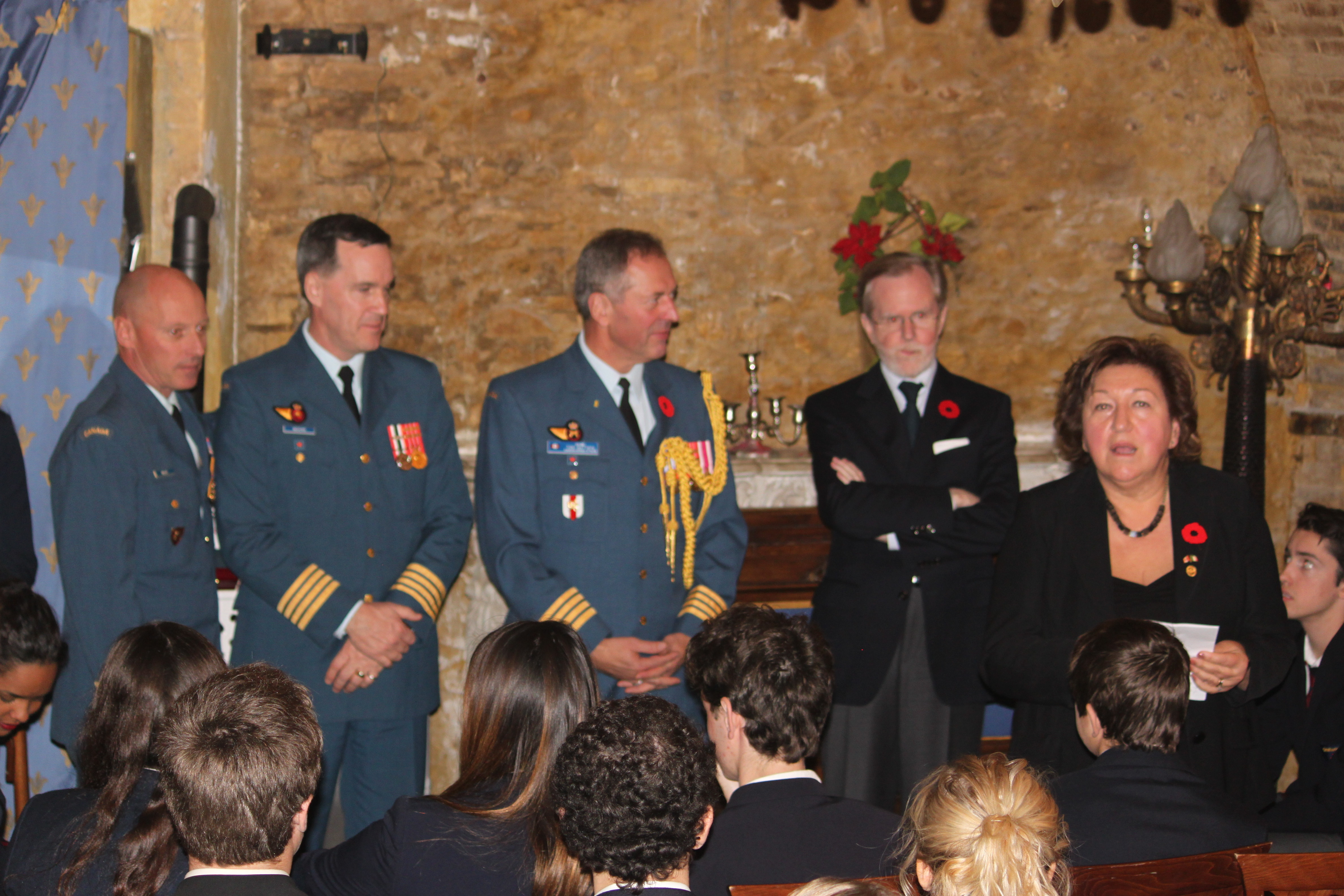 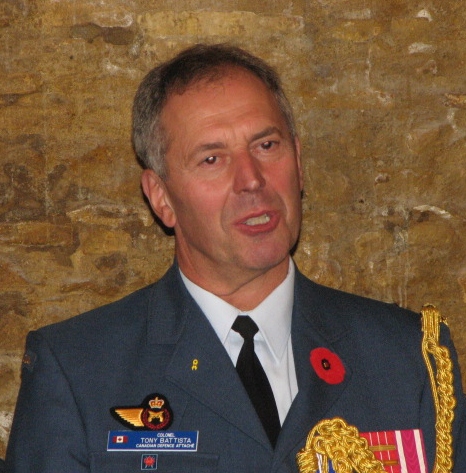 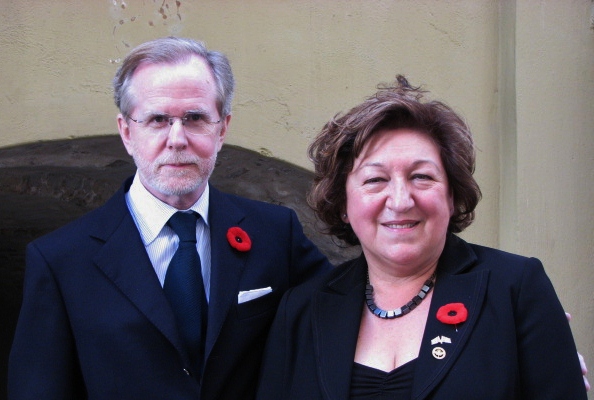 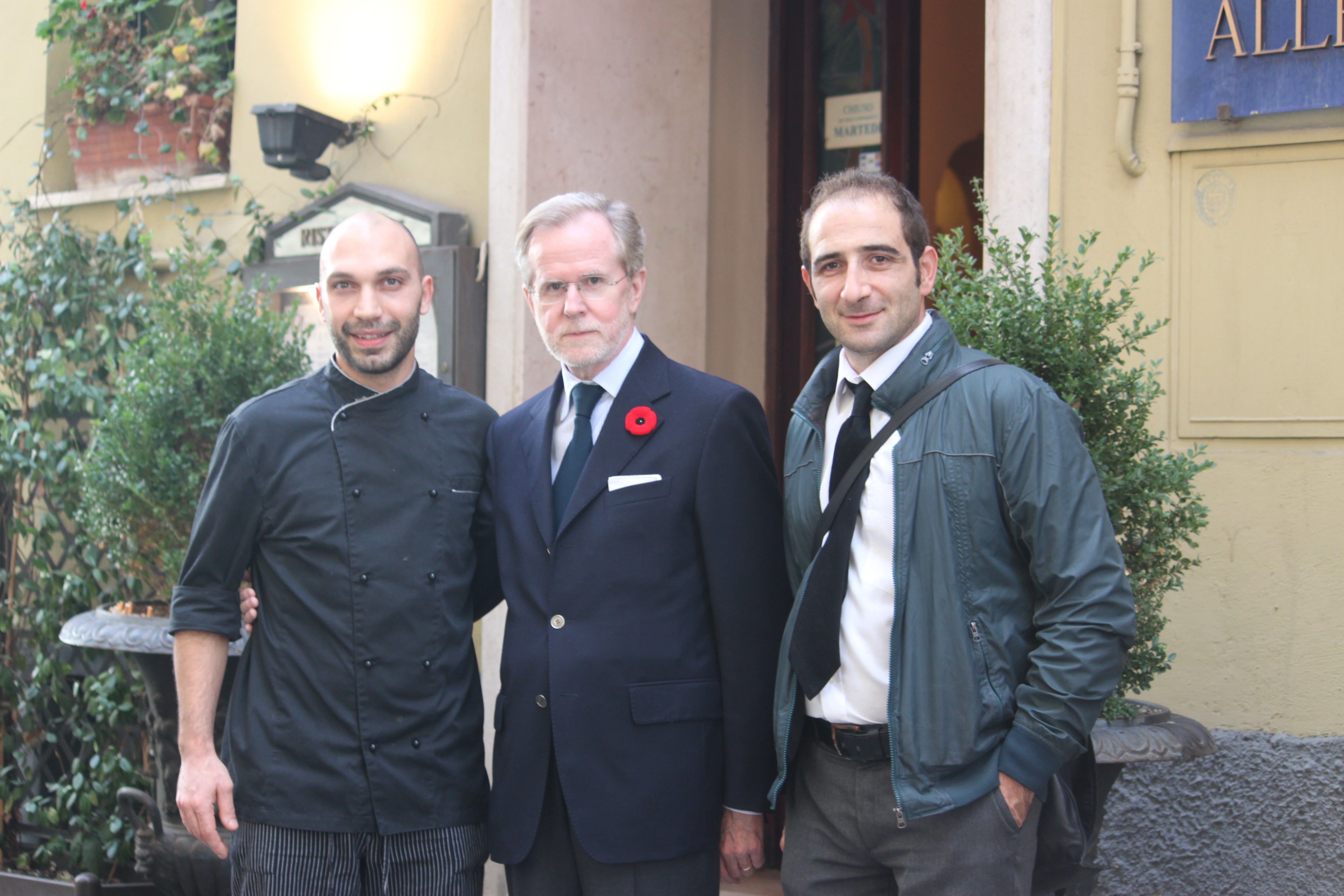 Among the young and the

The white crosses and the red flowers

Over the underground stains

Of all the silent boys.

Among the young and the

For the lives not lived

For the loves not loved

For the suddenly old faces and

Of the mothers, the wives

In the place as silent

As the lost laughter

In the place as still

As the brooding mountain

The guns, the cries and the white crosses

And hears only the silence

Now is the time for weeping.

Now is the time for weeping.

I am among the weeping