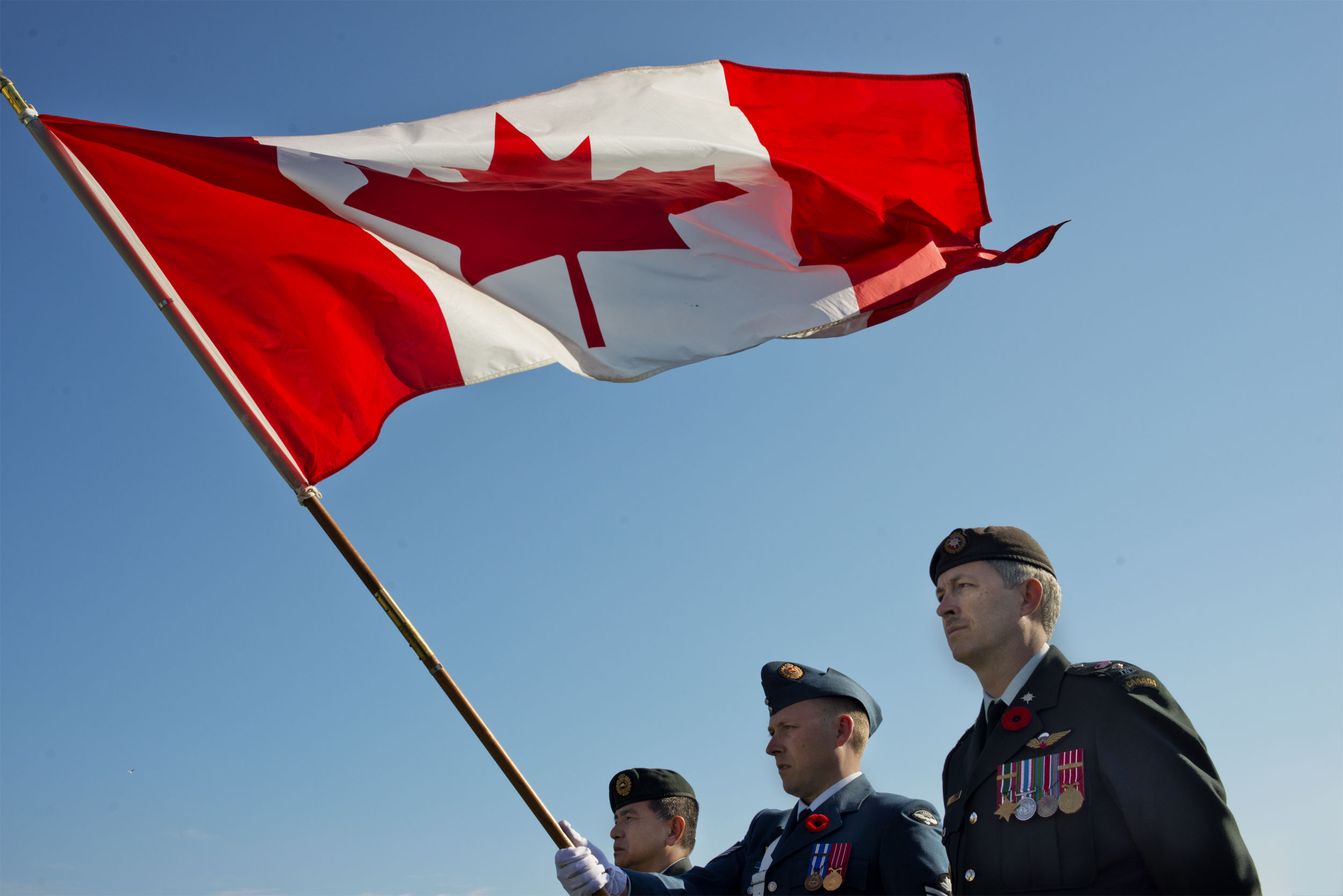 Since its founding, CCI has hosted the Remembrance Day Ceremony every November 11 along with the Canadian Armed Forces at the Moro River Canadian War Cemetery just outside of the town of Ortona. Here, are the final resting places of the 1375 Canadian soldiers who lost their lives in the battles that took place during the winter of 1943. 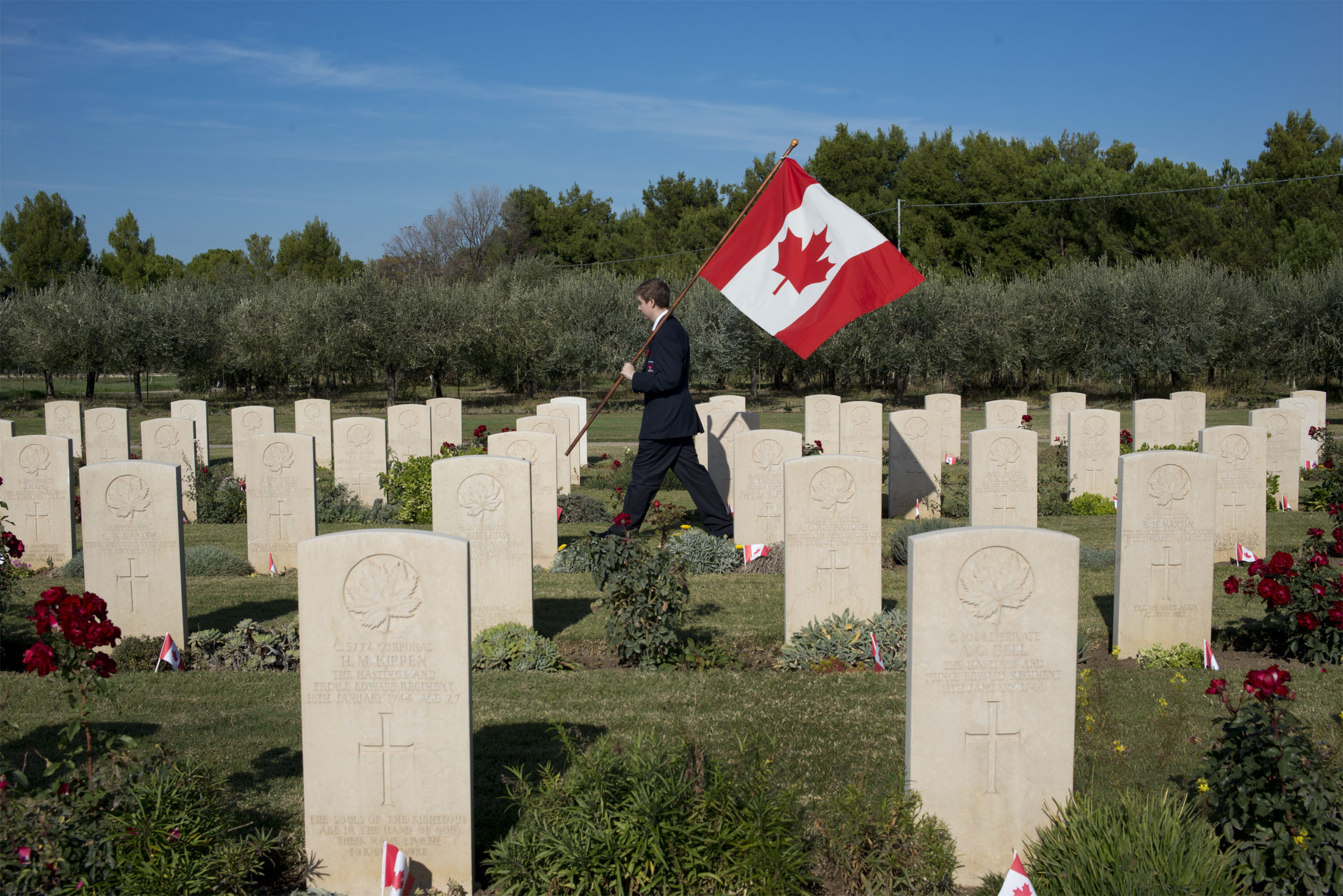 We were especially thankful to have Ambassador Alexandra Bugailiskis from the Canadian Embassy in Rome to speak at the ceremony and lay a wreath on behalf of Canada. With her, were Honourary Lieutenant Colonel John Newman of the 3rd Canadian Ranger Patrol Group, and Mrs. Sandra Seagram whose father was killed during the war. 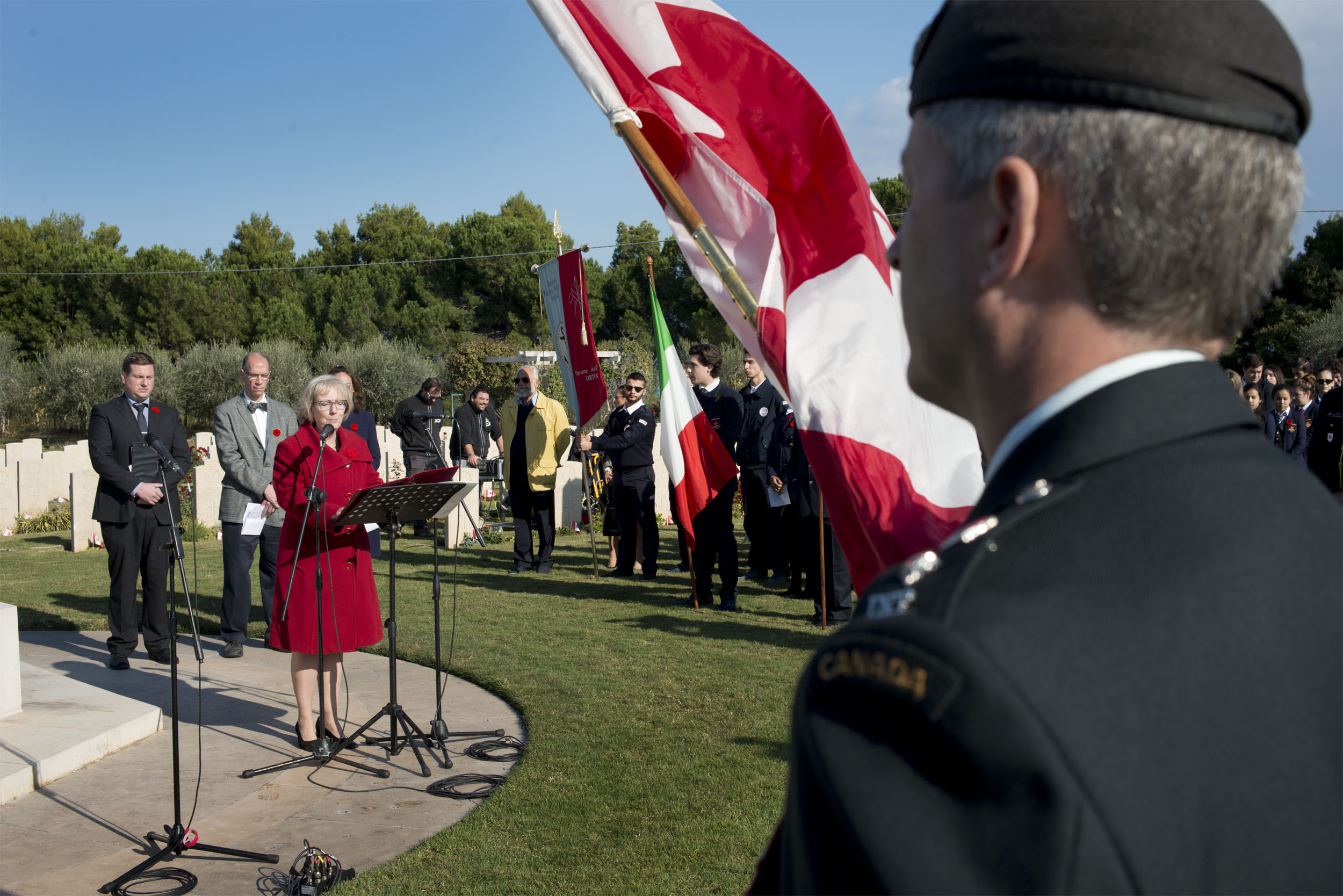 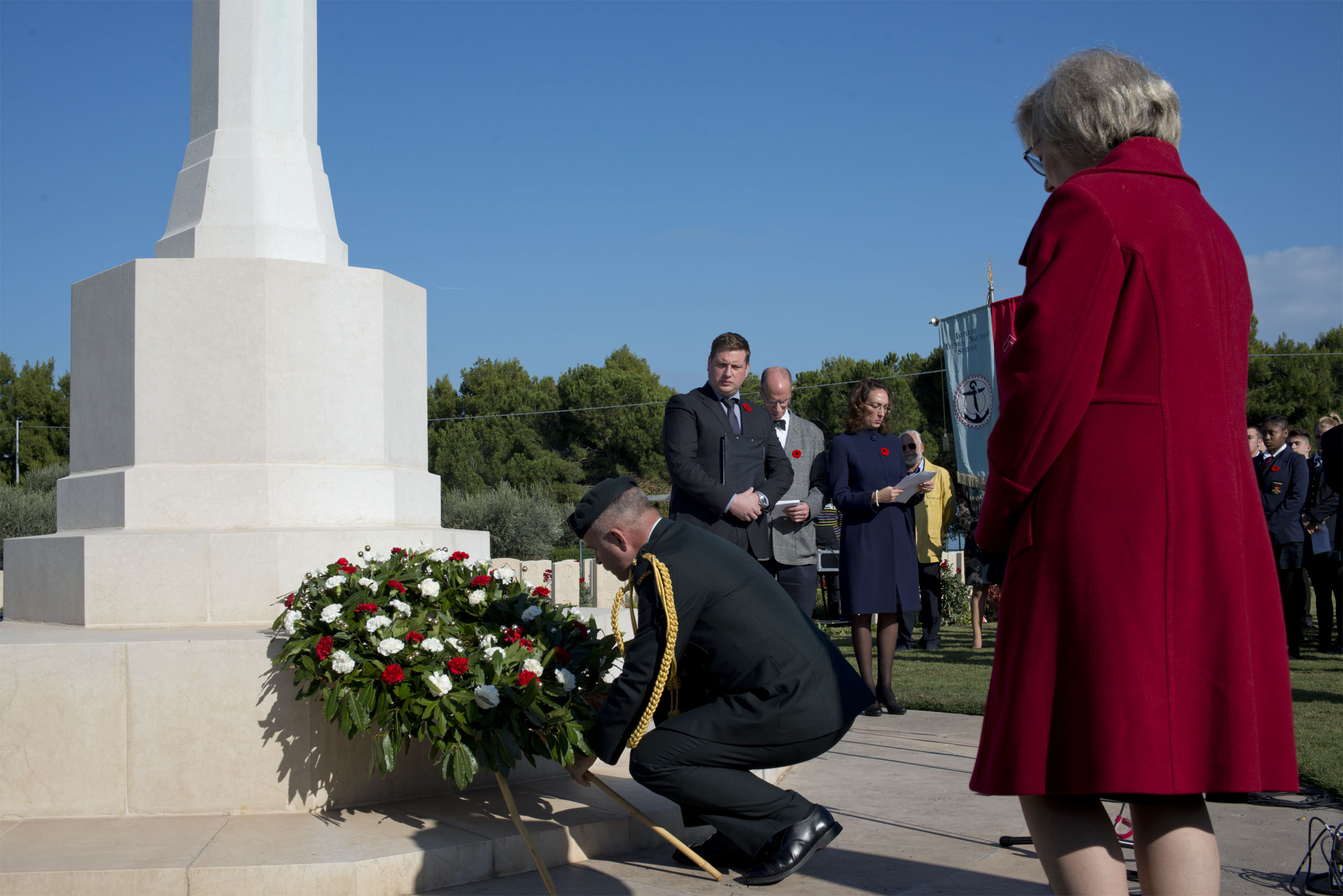 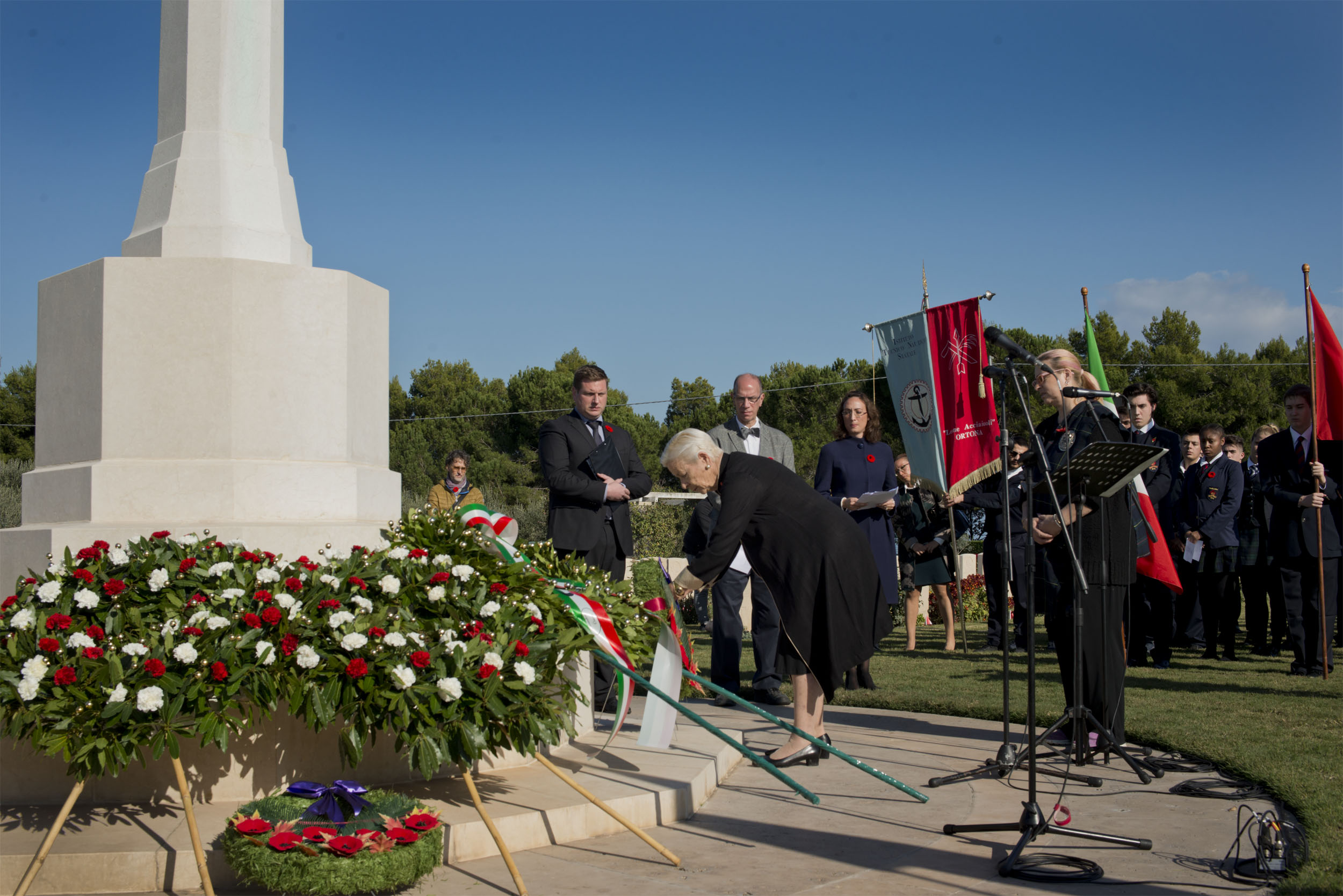 Also in attendance were personnel from the Canadian Armed Forces and the mayor of Ortona, Leo Castiglione, who delivered a wonderful speech. As well, we were honoured to have dignitaries from the carabinieri, prefettura, questura, commune di Lanciano, members of the Red Cross Military Corps, veterans, students and teachers from local schools, and many others wishing to pay their respects for the fallen. I must also thank my friend Joe Cognigni for capturing these powerful images. 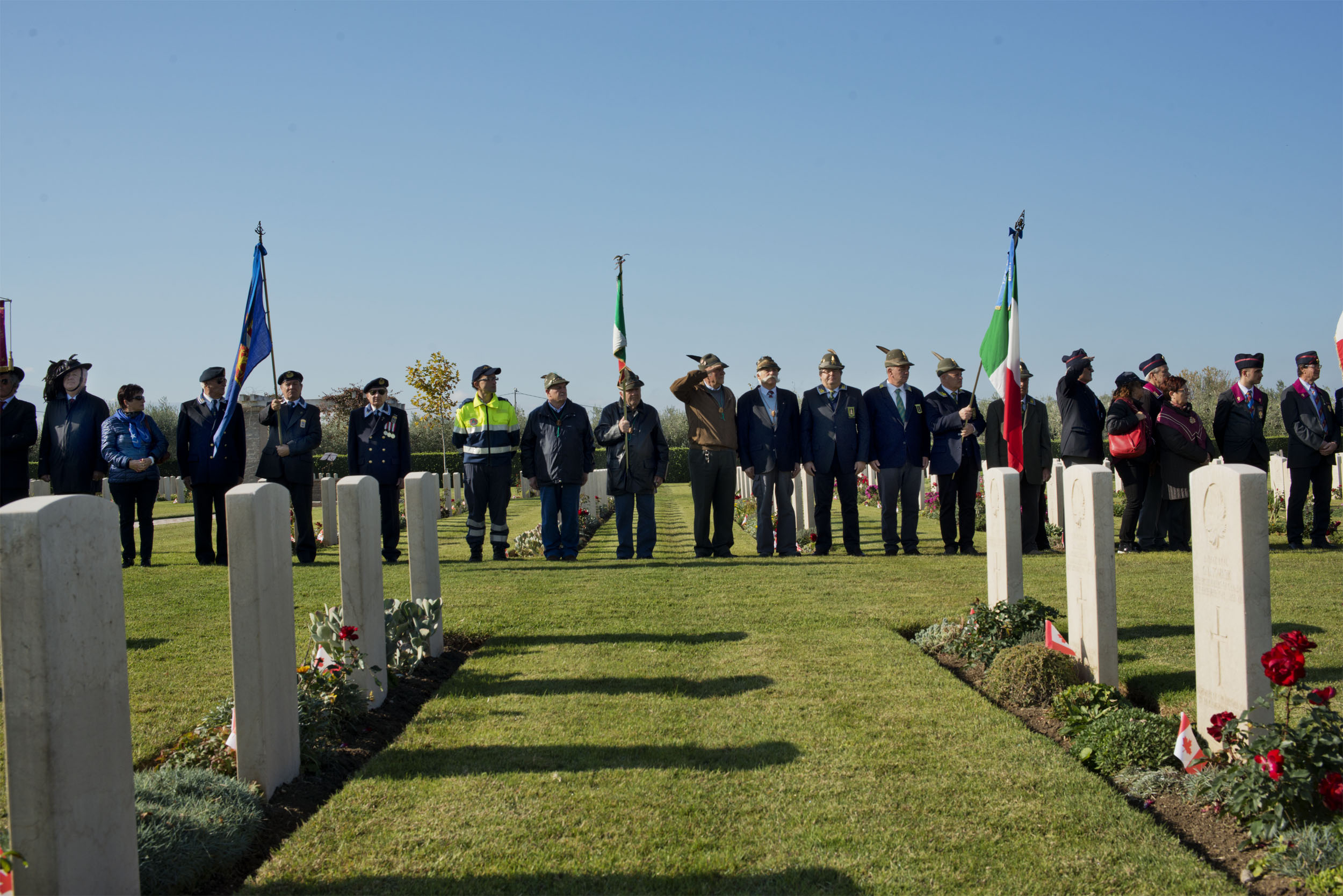 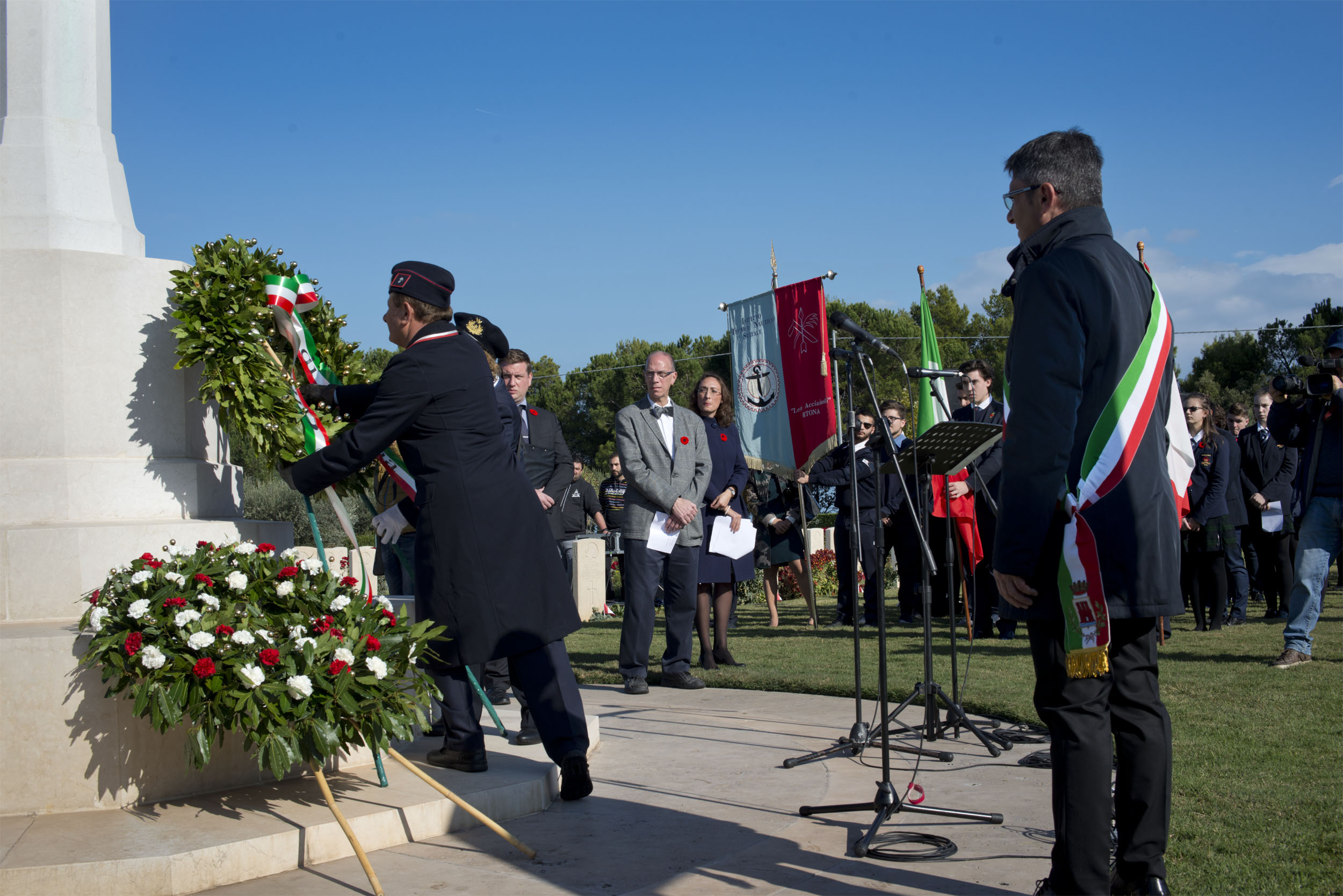 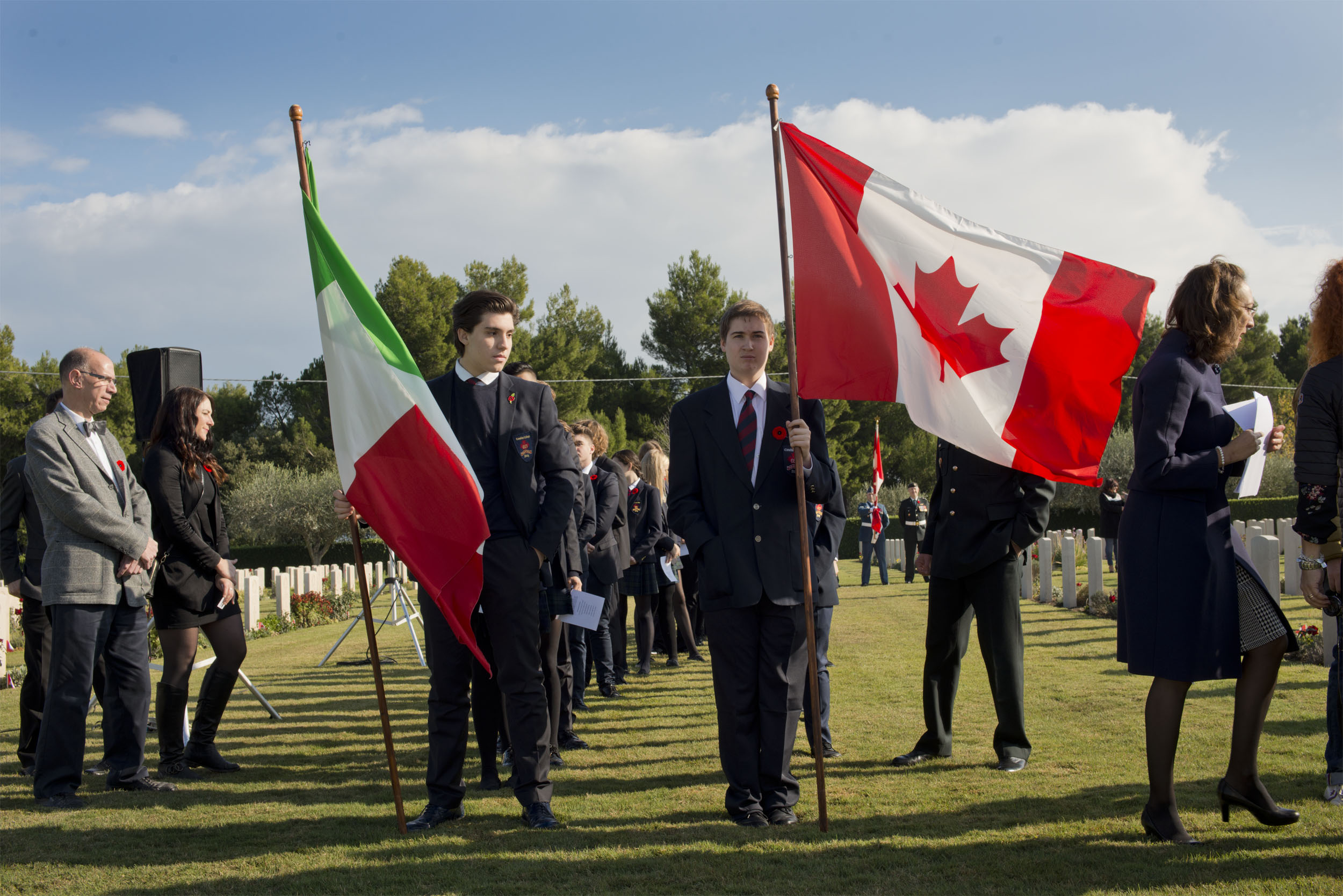 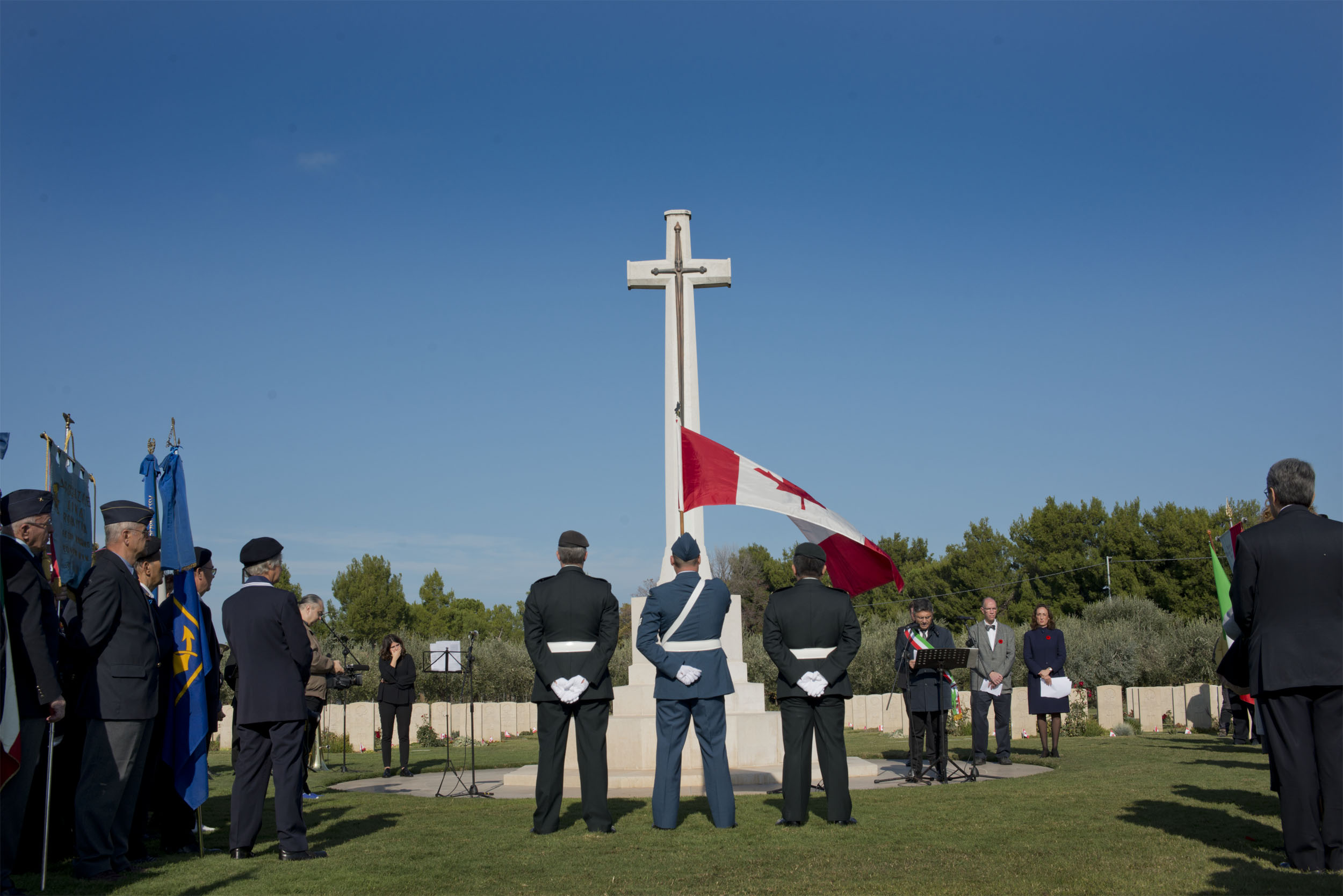 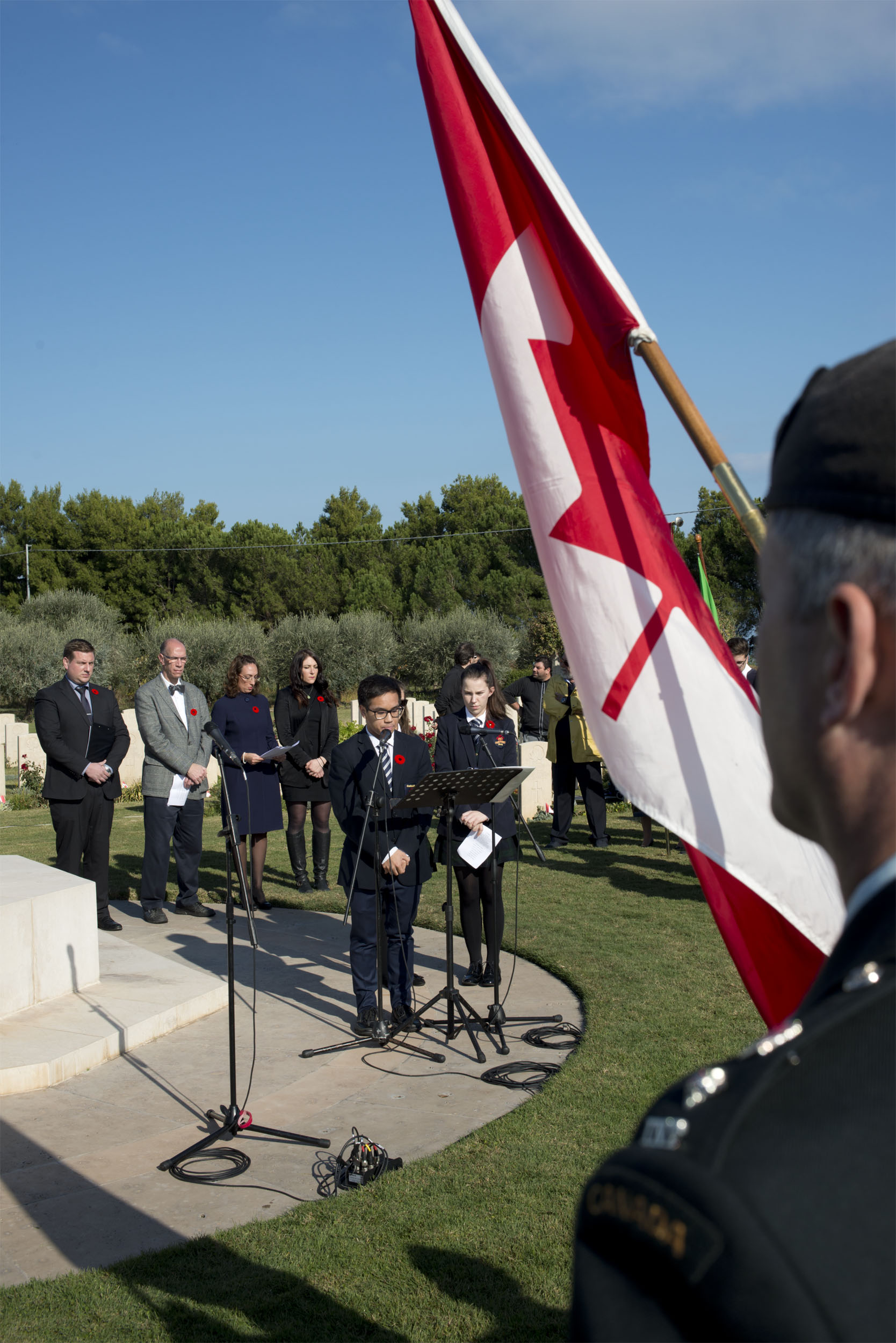 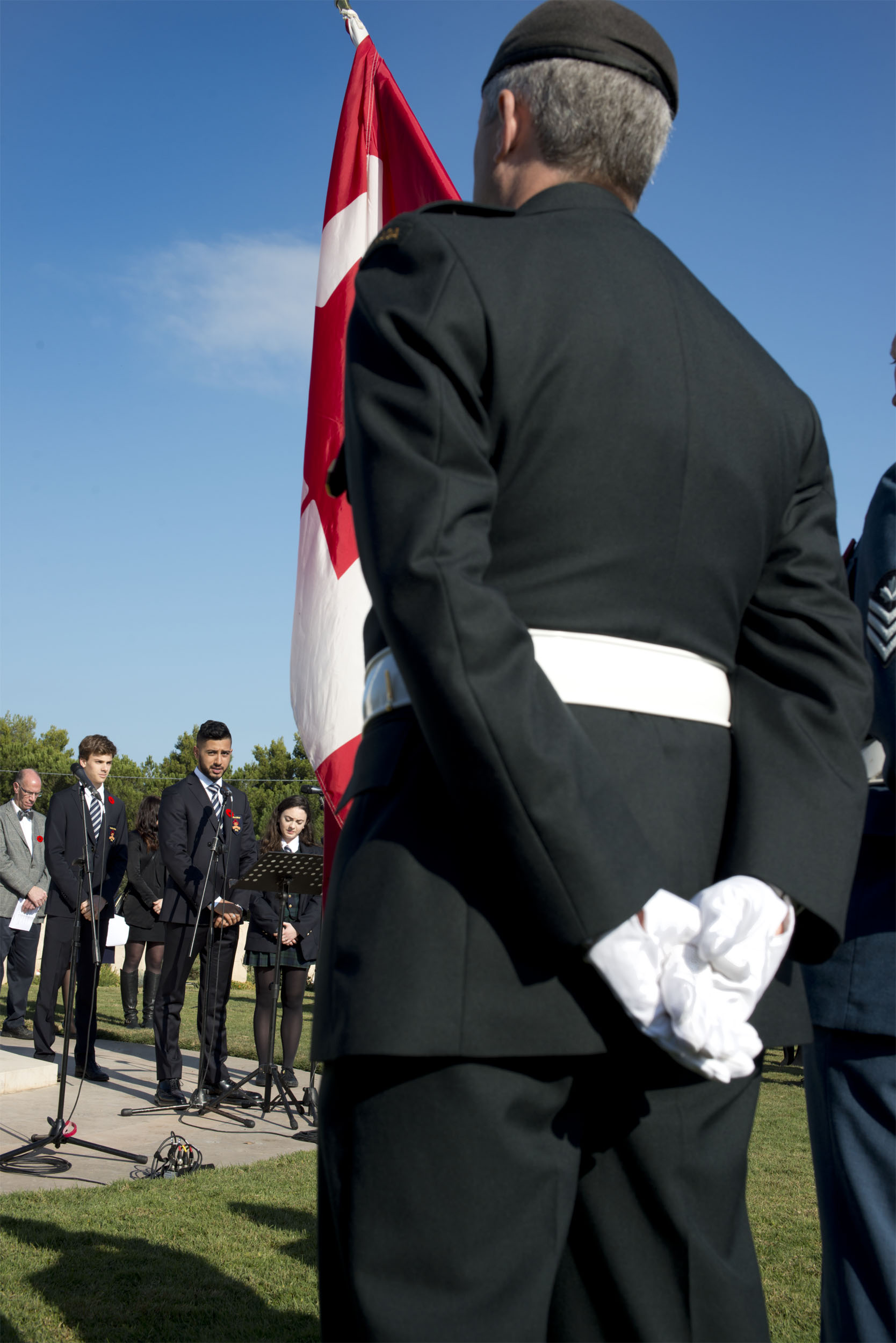 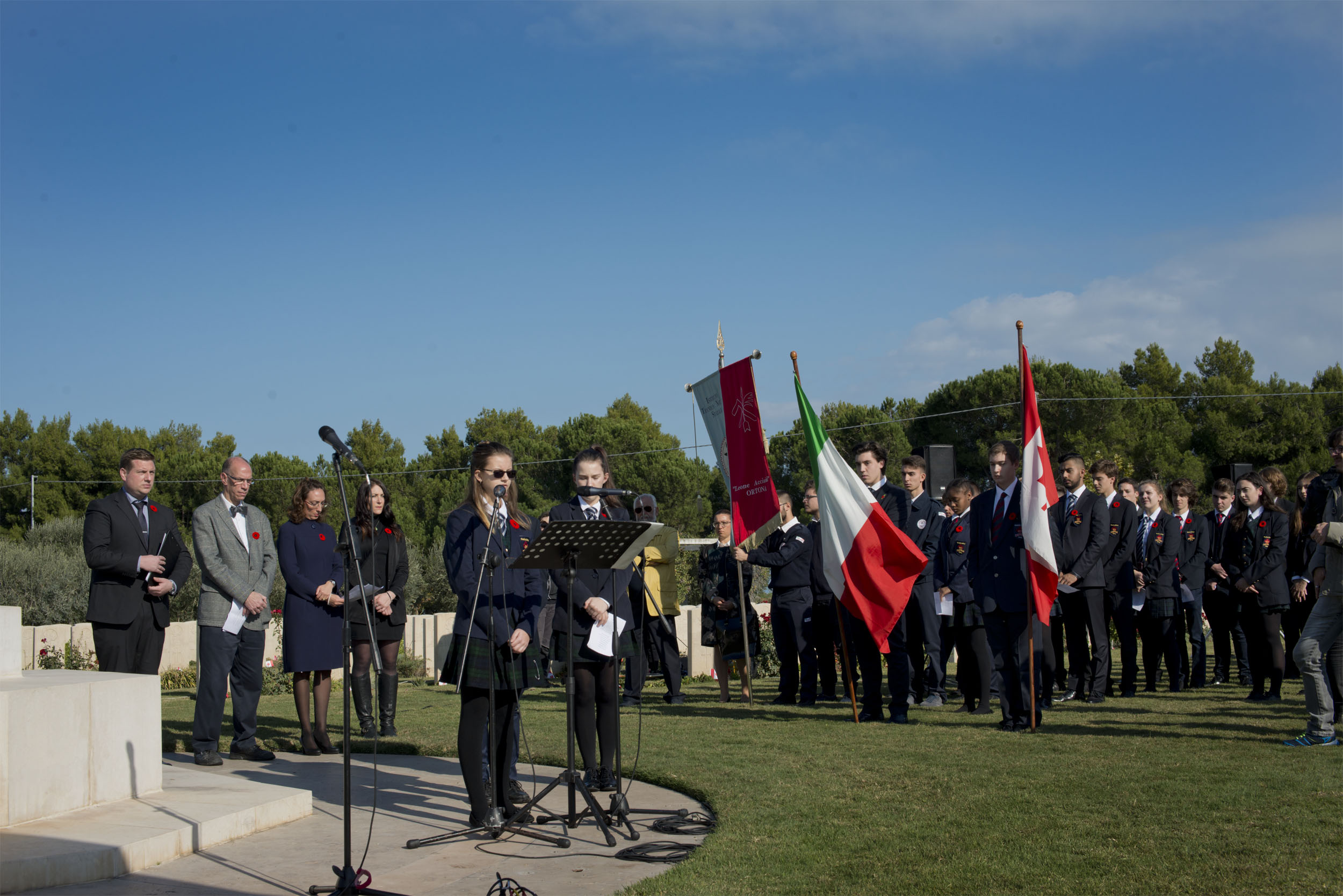 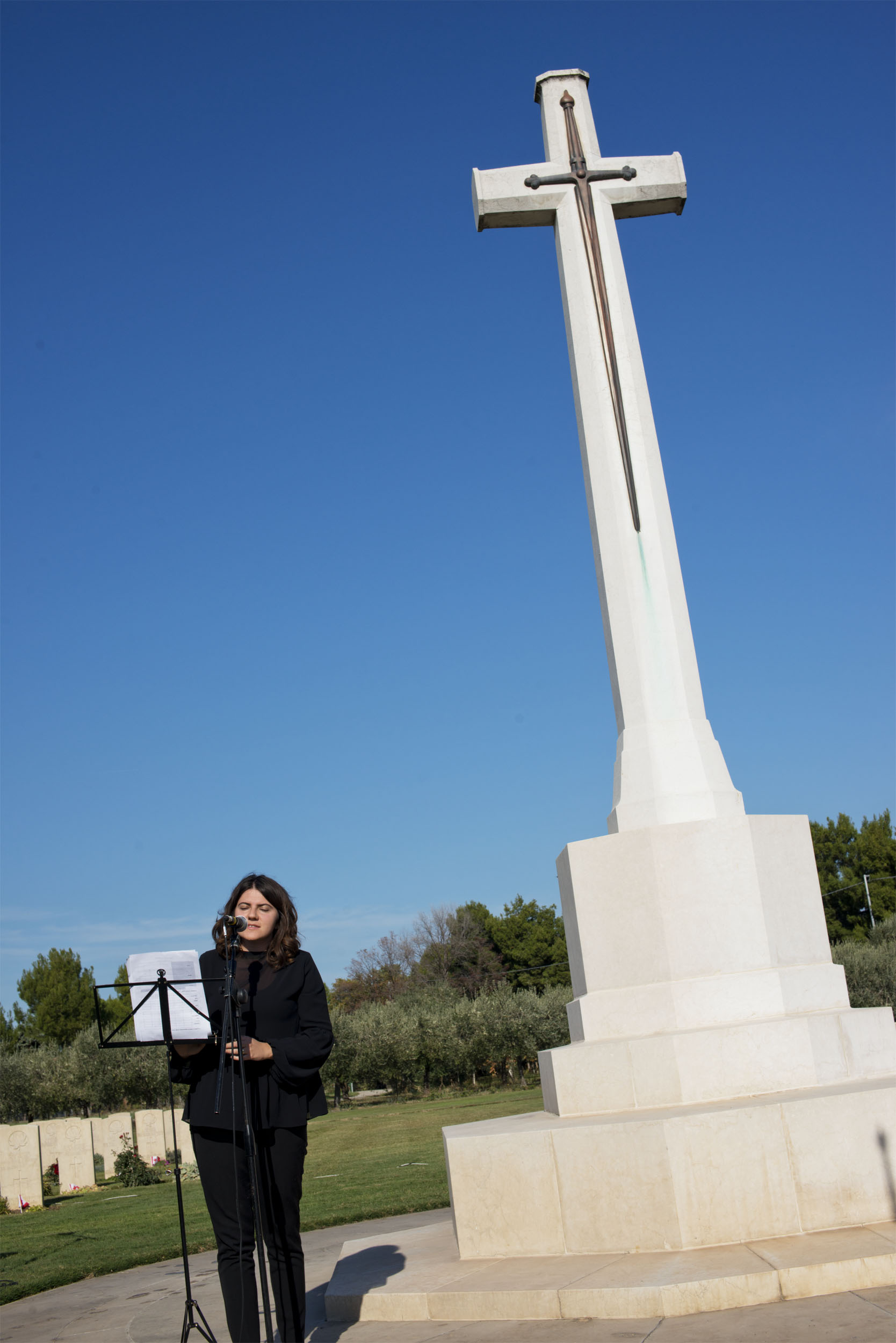 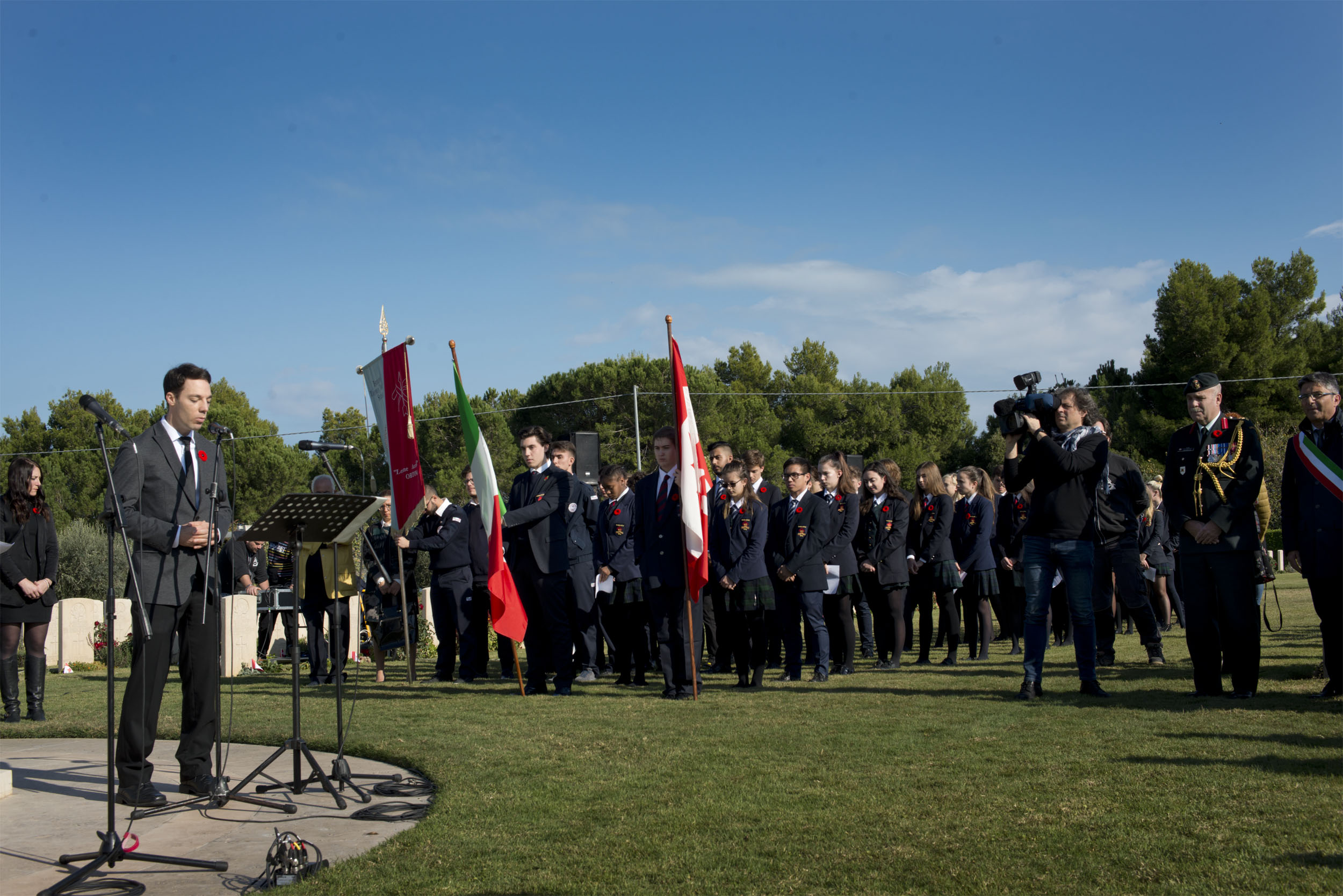 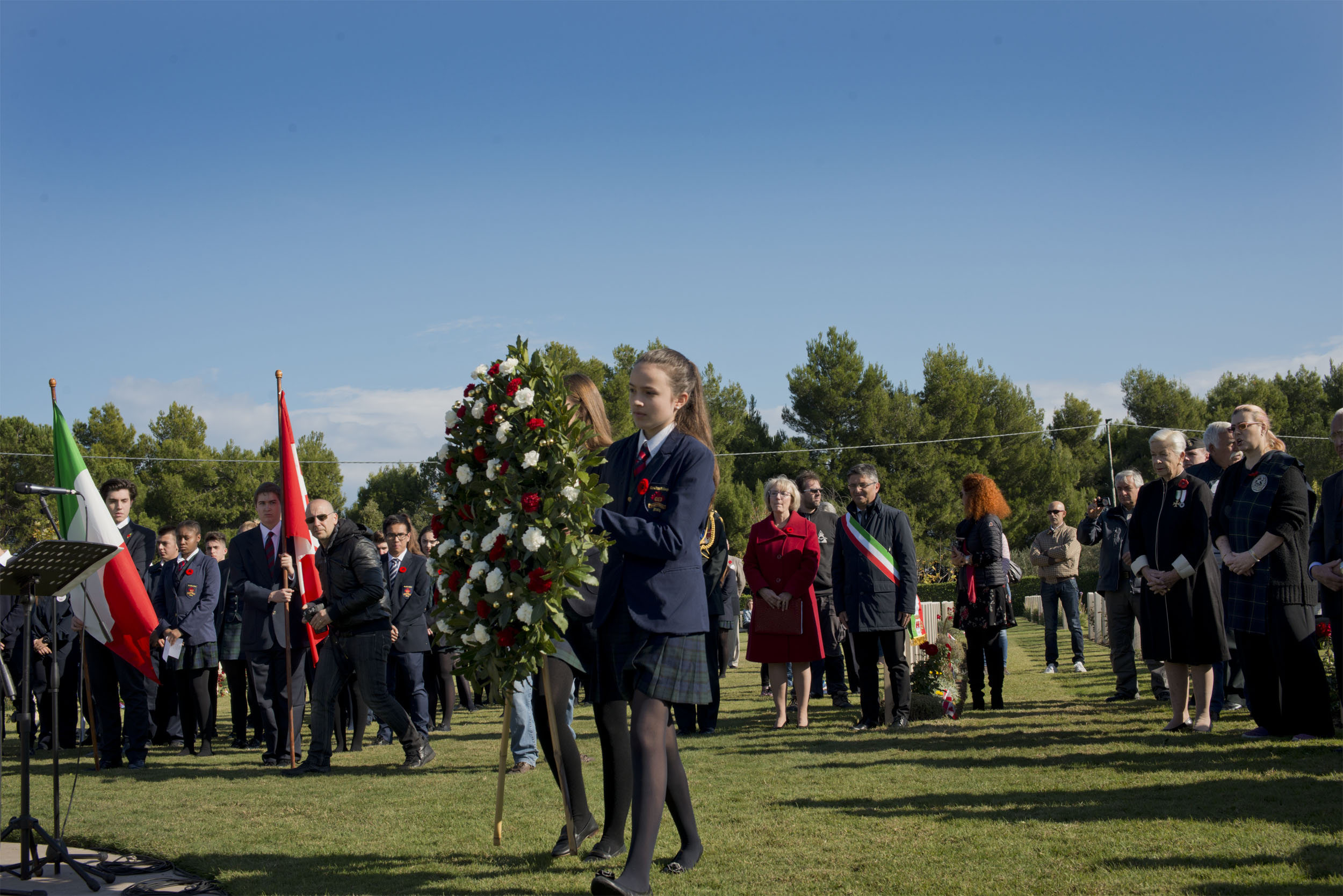 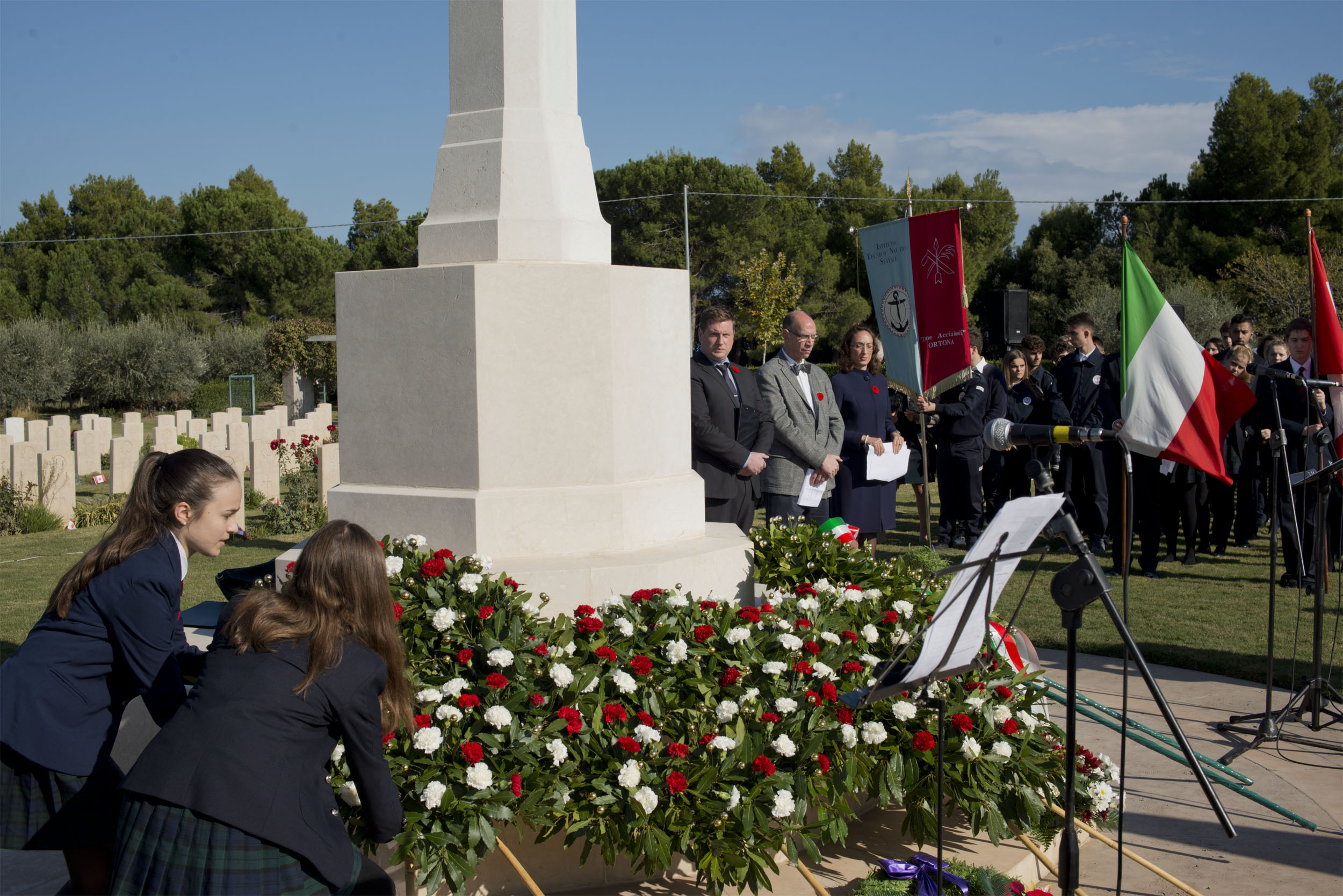 Remembering the soldiers who made the ultimate sacrifice was an incredibly moving experience. We left feeling tremendously grateful. Many of our students participate in the ceremony by singing, laying a wreath on behalf of Canadian youth, and reading poems. I find one poem particularly moving, which I share every year, written by my friend and colleague Brian Kellow.

In the Moro River Cemetery

Now is the time for weeping
Among the young and the
Young dead,
The white crosses and the red flowers
And the grass
Over the underground stains
Of all the silent boys.

Now is the time for weeping
Among the young and the
Young dead
For the lives not lived
For the loves not loved
For the suddenly old faces and
The long passed lines
Around the eyes
Of the mothers, the wives
And the fathers.

Now is the time for weeping
In the place as silent
As the lost laughter
Of the boys
In the place as still
As the brooding mountain
That witnessed
The guns, the cries and the white crosses
And hears only the silence
Of the voiceless
Of the young,
Of the dead.

I am among the weeping
The young
And the dead.