CCI's last trip to Rome for the year 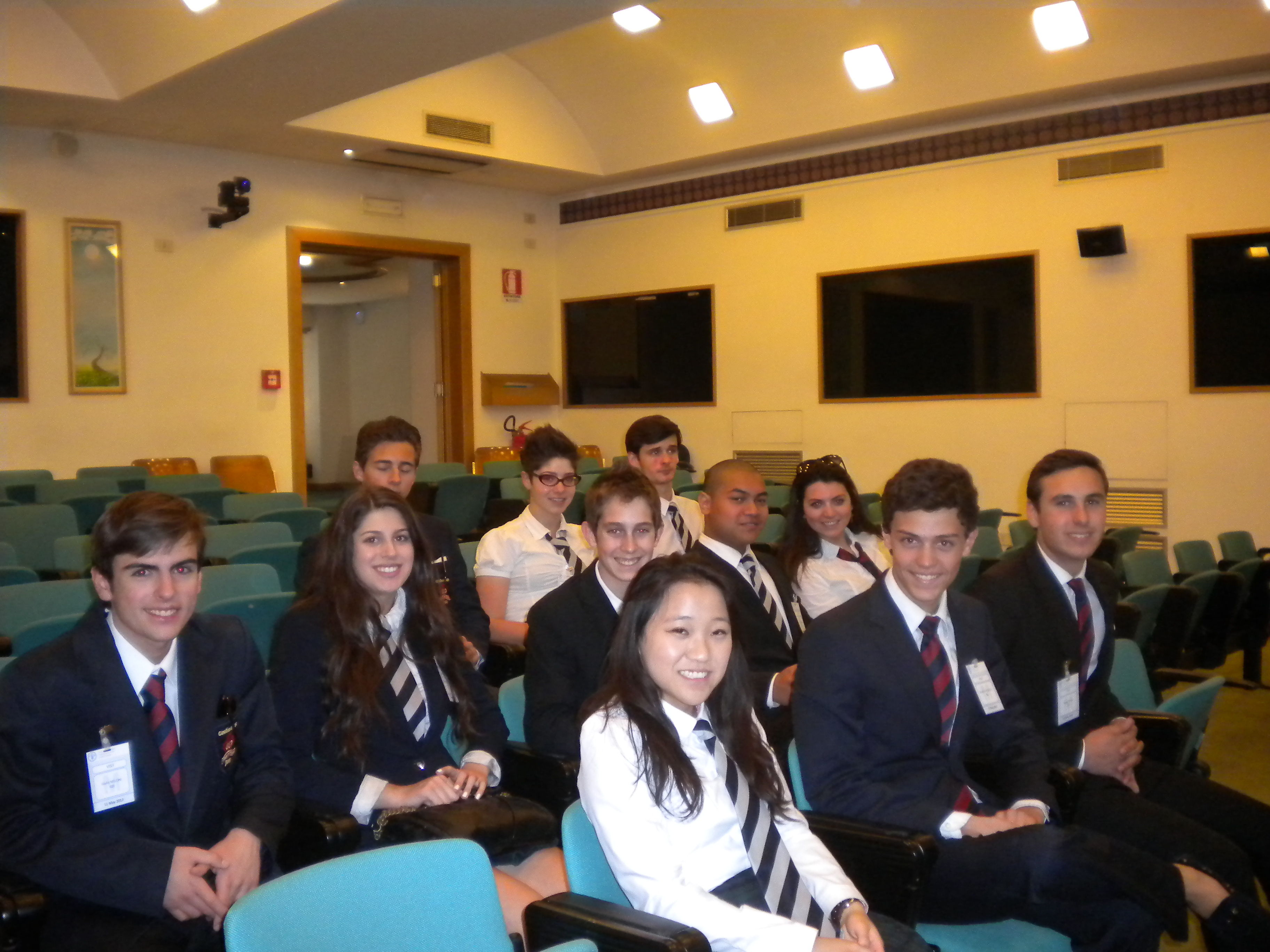 CCI students had three tours from which to choose for this final trip as extensions for their course work – The Jewish Synagogue, The Capitoline Museums and UN Food and Agricultural Organization.

Through the efforts of one of our students, the Columbian Embassy kindly arranged a visit for CCI students to the Food and Agricultural Organization in Rome.  This branch of the United Nations exists to improve nutrition and standards of living in developing countries, especially to people living in rural areas and to provide agricultural expertise to governments. It also coordinates international conferences on topics like Fishing Limitations or Genetic Foods.

There was a large conference on Food Security on Friday, which meant the building was full of representatives from all the embassies and some rooms were off limits.  Each room was sponsored by a different nation and decorated in the style and represents the culture of that nation.

Our students were briefed by the Director of Protocol, Mr. Rodriguez, in the Iraq conference room. They also saw the Sheik Zaid Media Centre and the Estonian Skype Room.

An introductory film was followed by Q & A and then a tour of the building which has stunning views over the Circus Maximus and Palatine Hill of Imperial Rome.  We are hoping to return with another group of students next year. 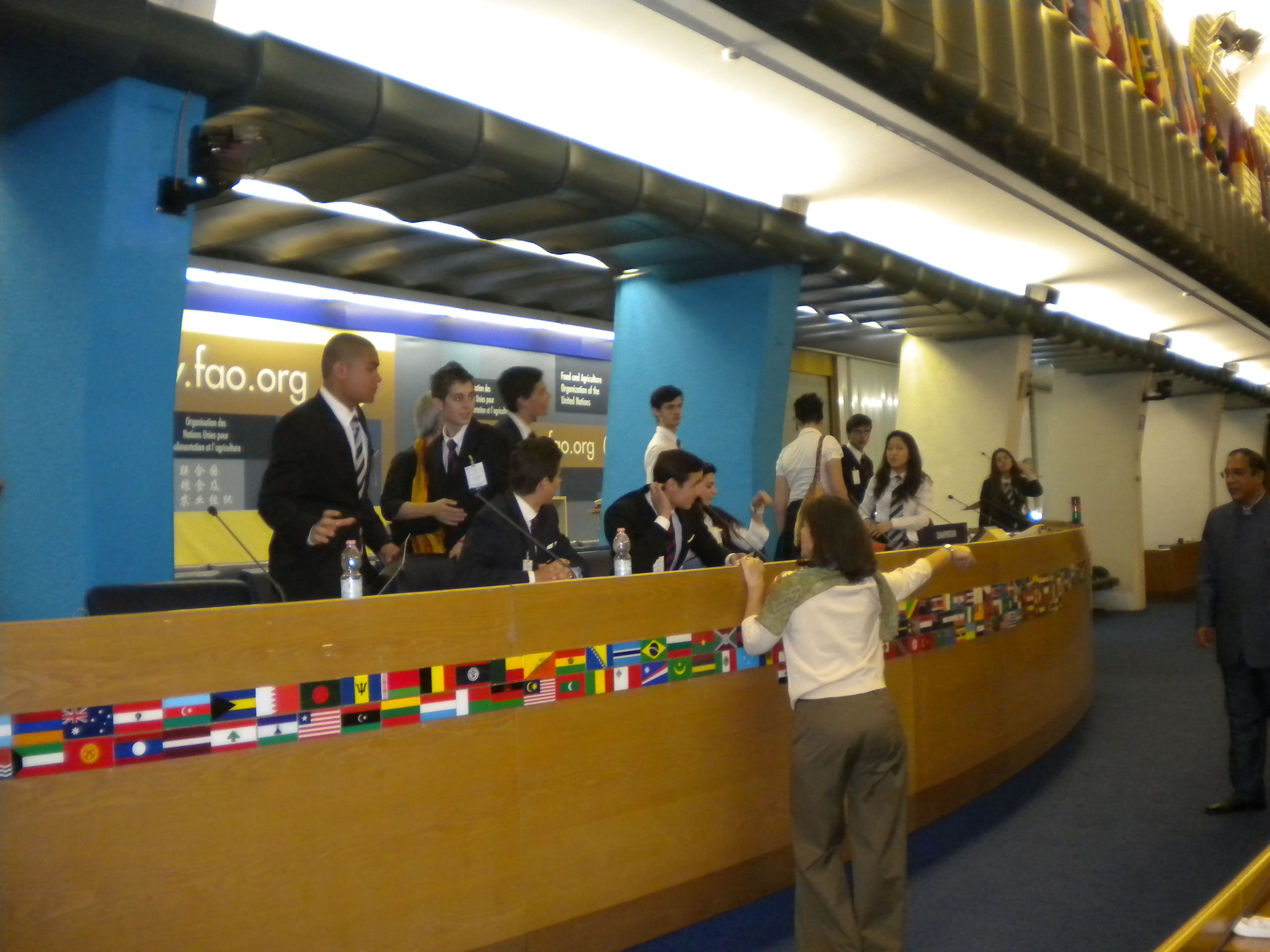 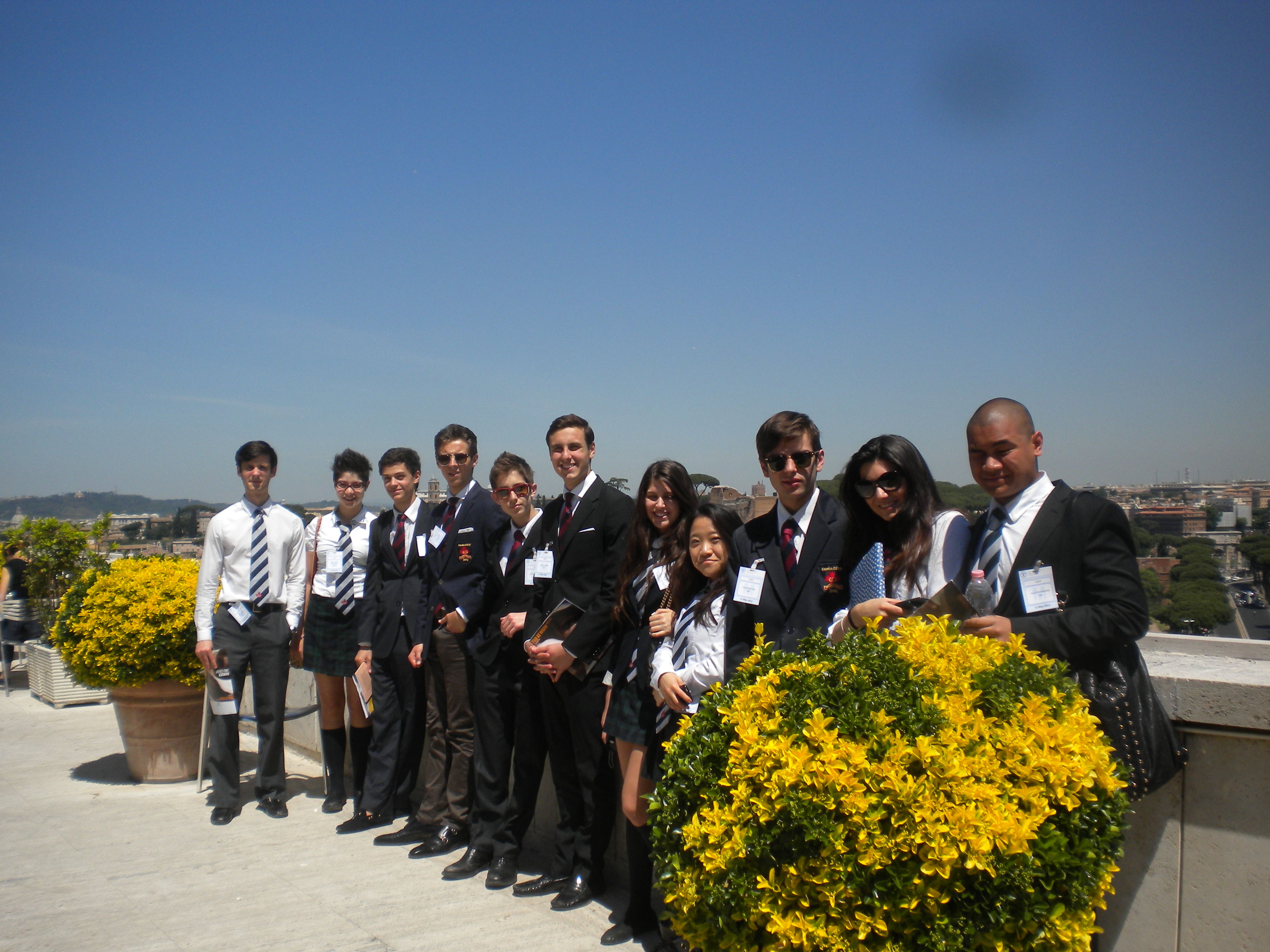 A second group enjoyed a guided tour of the Jewish Museum and Synagogue.  The Museum traces the presence of the Jewish people in Rome and Italy since the time of the Caesars.  There are dozens or artifacts, documents and displays that show the richness of their culture and the centrality of their faith.

We were amazed at the beauty of the interior architecture and décor of the synagogue itself. Taking photographs is not permitted in either the museum or the synagogue unfortunately for our purposes here.

Following theses tours, the group walked through the Jewish Ghetto to see how it had changed over the years. 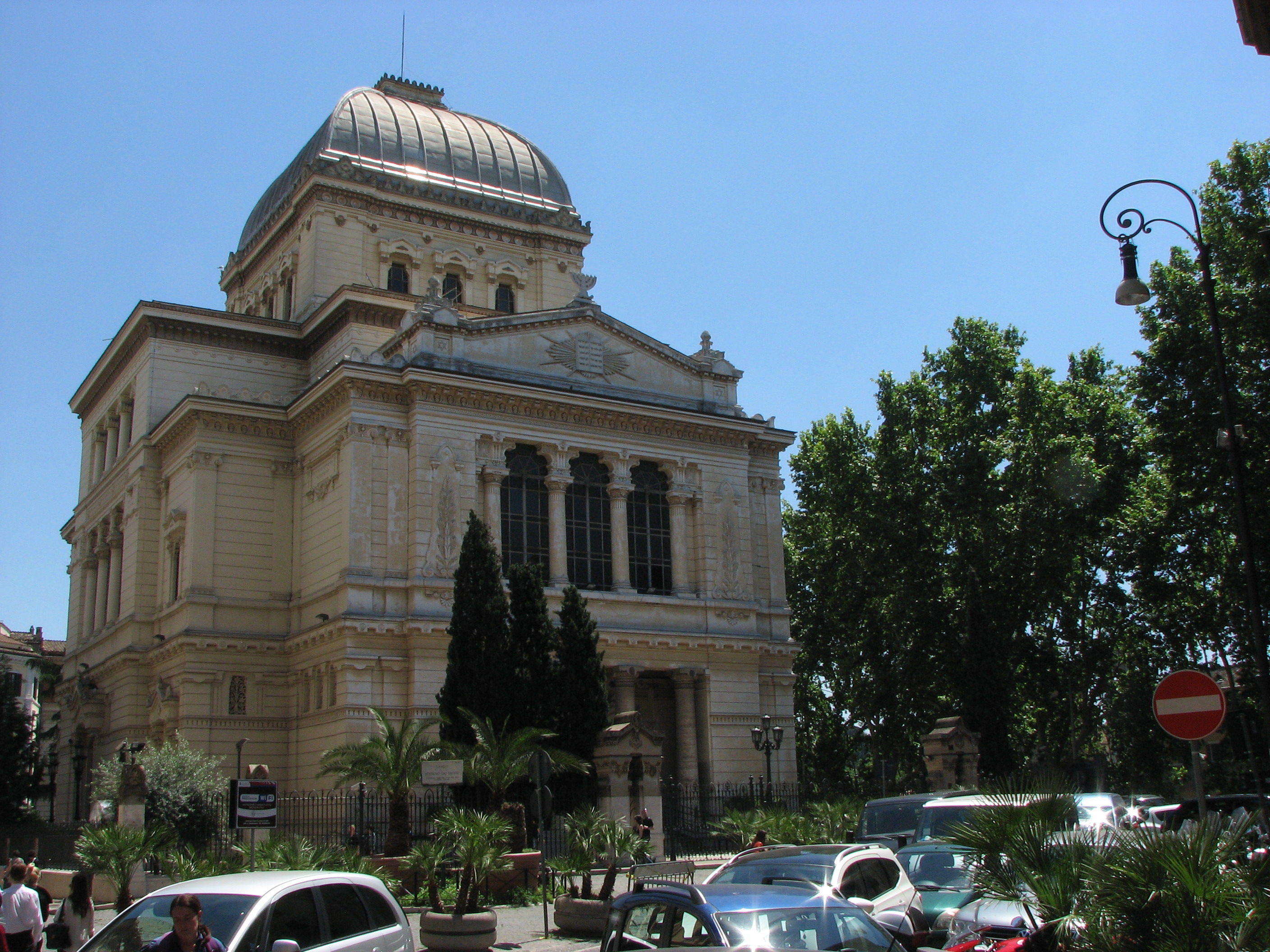 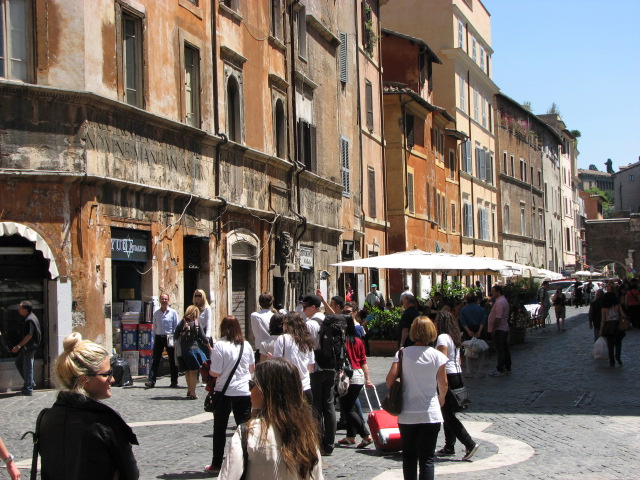 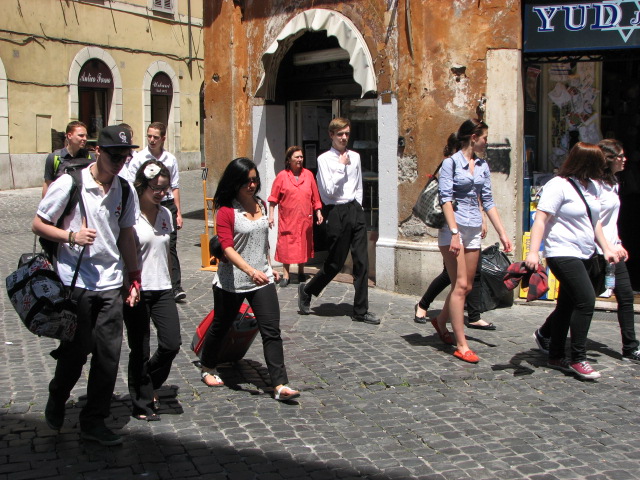 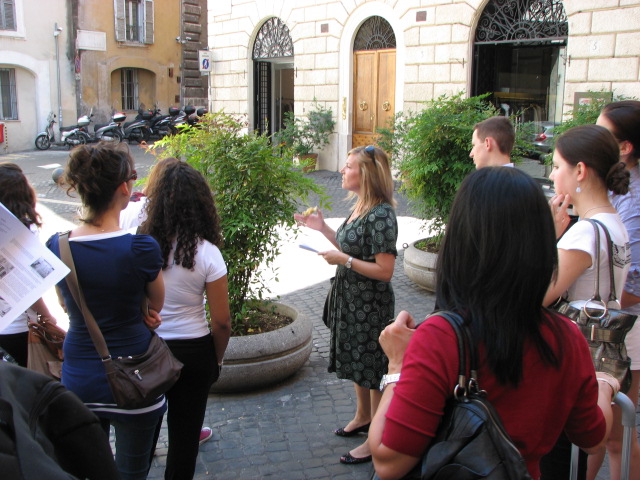 The third group toured the Capitoline Museums. With a collection that was first started in the 15thC, it too is rich in artifacts, displays and documents. Perhaps the most important museum for Roman antiquities, this museum contains statues and artifacts the have come to symbolize Rome to the world. Furthermore, its location provides a wonderful view of the Roman Forum. 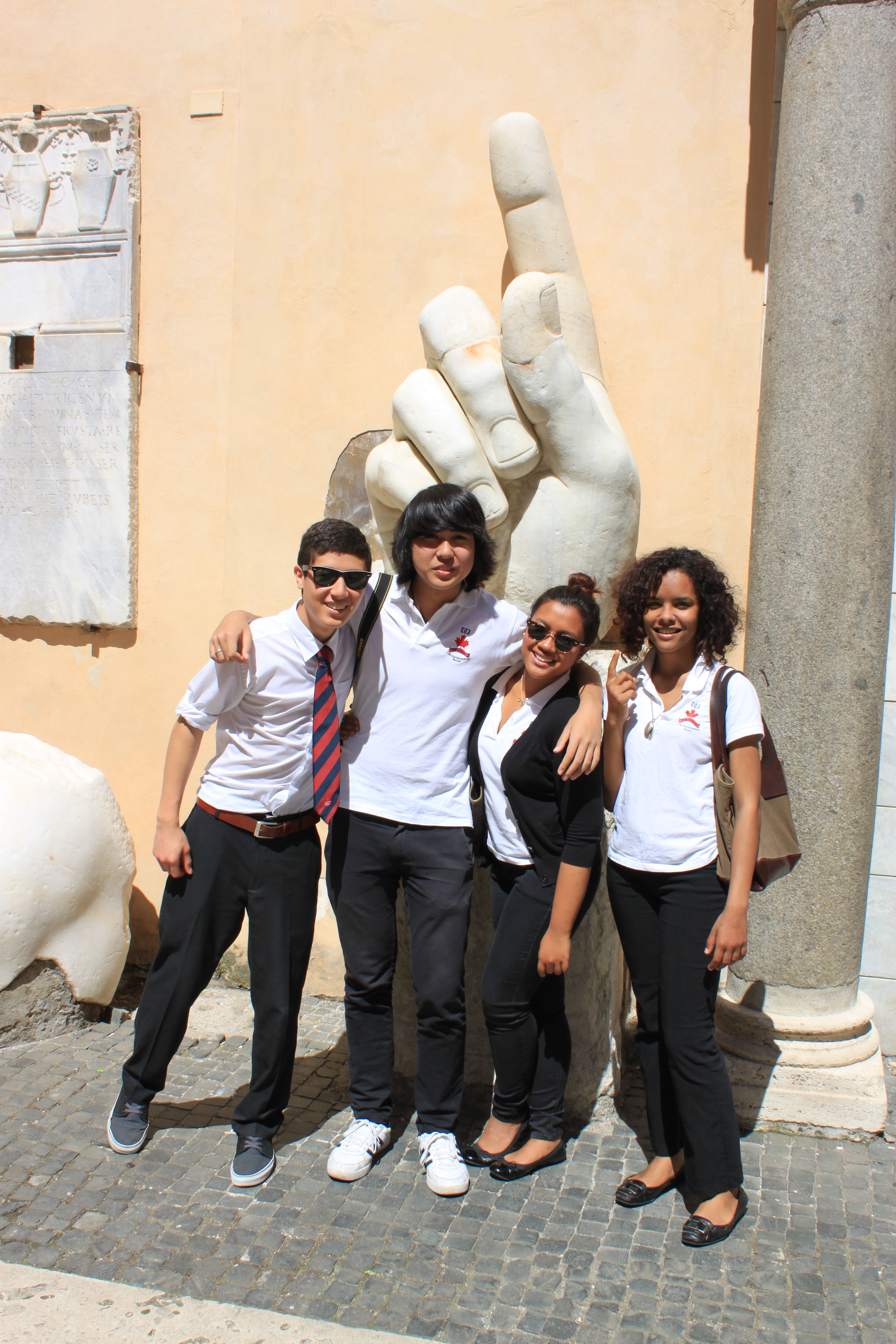 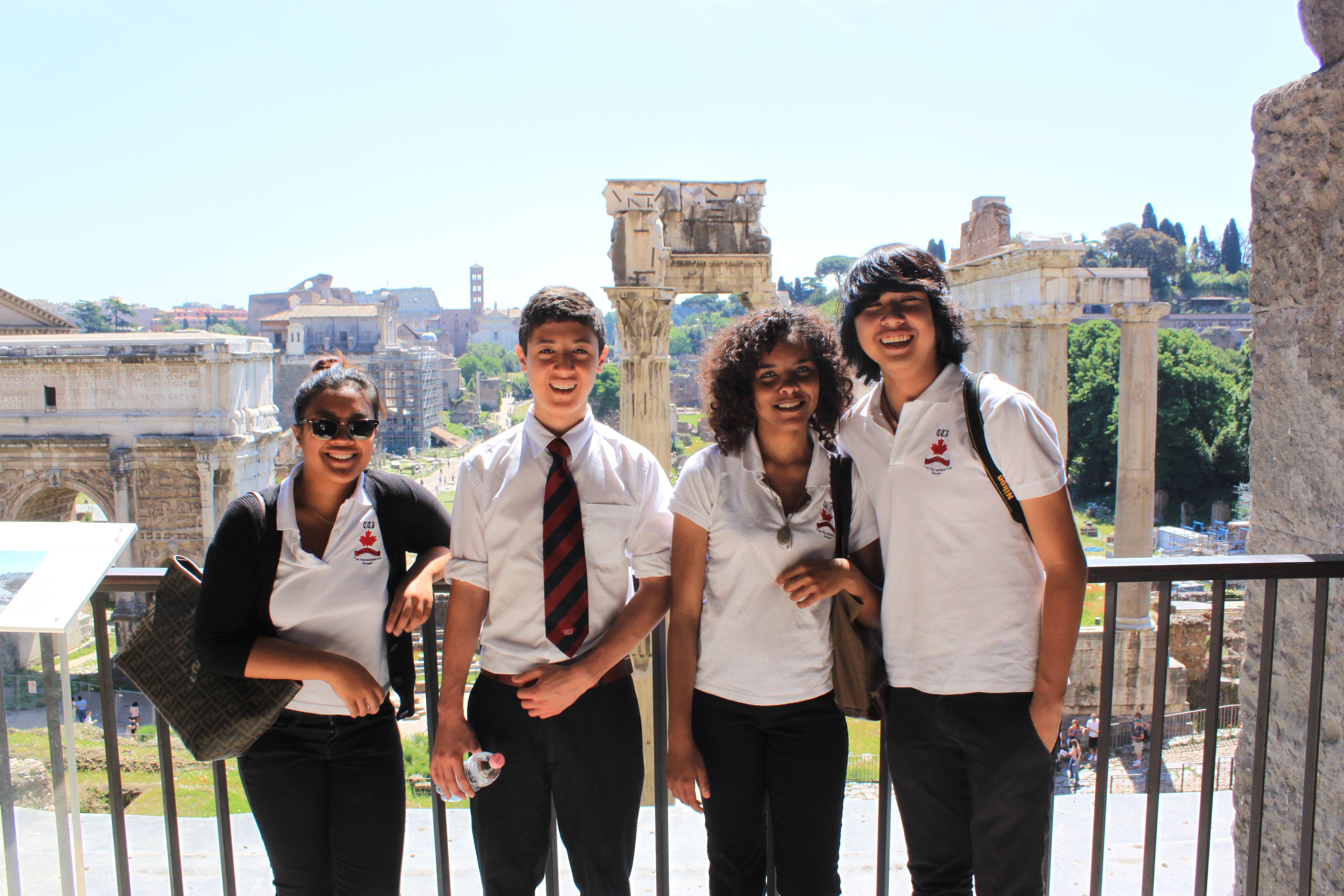 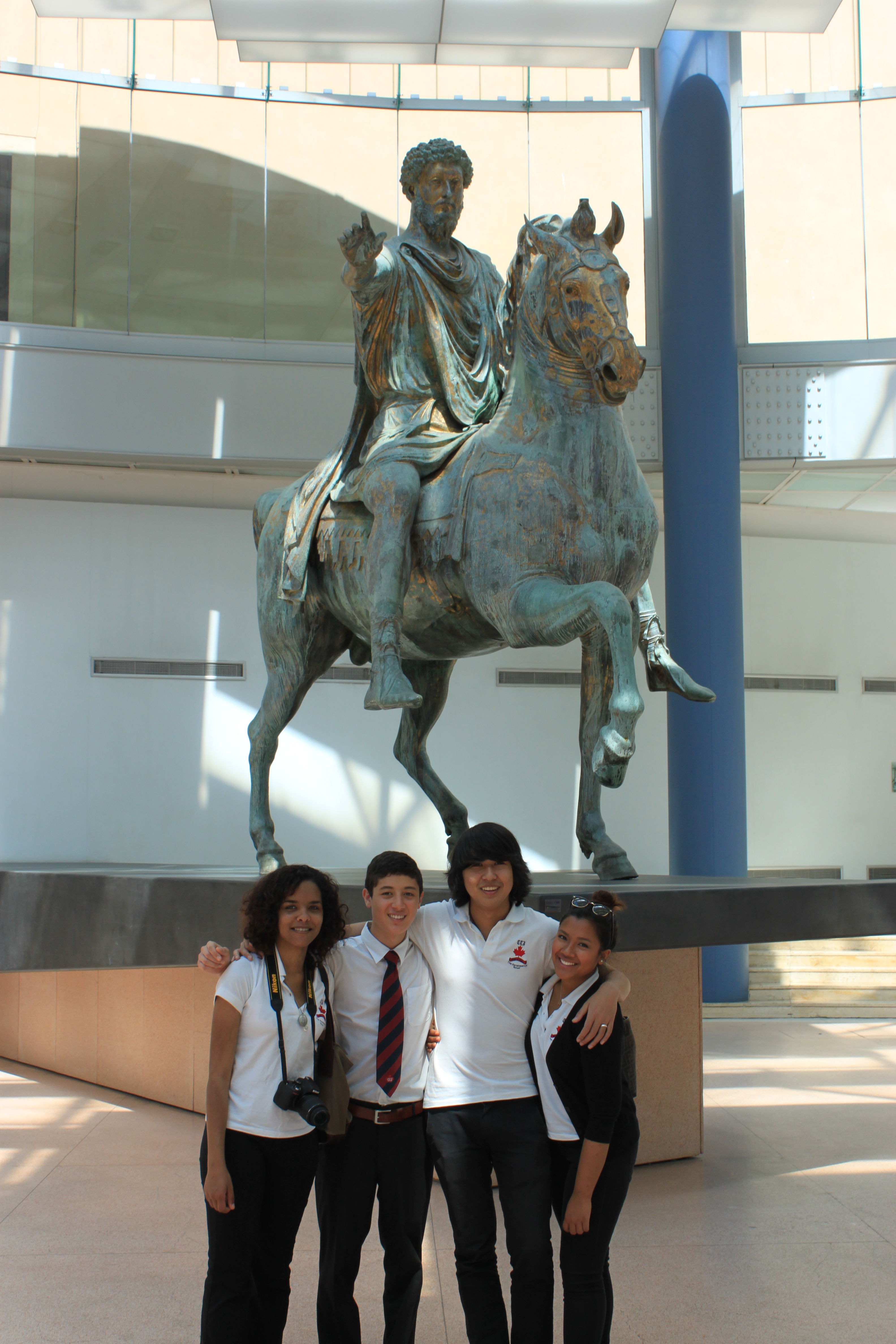